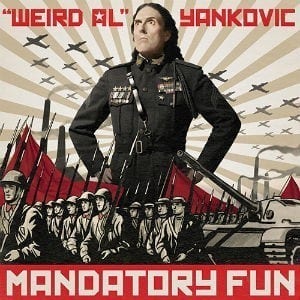 As the modern day parody master, Weird Al has been kind of quiet. However, he is making a huge return as he plans to release eight music videos over the next eight days. This is in promotion for his new album Mandatory Fun, which comes out tomorrow, June 15th. The album features parodies of Iggy Azalea’s hit “Fancy,” Robin Thicke’s “Blurred Lines” and Pharrell’s “Happy,” which is the first video released in his series of videos.

All videos can be seen on Weird Al’s website www.weirdal.com