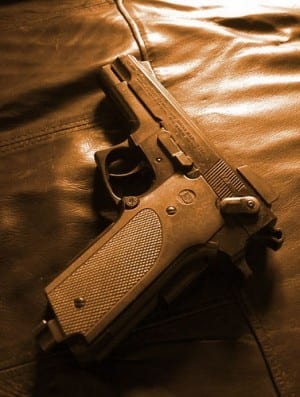 Jaime Gonzalez died Wednesday after being shot by police who believed he was wielding a real handgun. Gonzalez, as it turned out, was only carrying a pellet gun.

The Washington Post reports that Gonzalez, 15, was carrying the pellet gun through the halls of Cummings Middle School. Authorities at the school called Brownsville, Texas police to investigate as students and teachers hid from him.

When the police confronted Gonzalez in a hallway, he refused to drop the gun. Police responded by firing three shots. It was only after the shots were fired that police realized that the gun was actually a pellet gun.

Gonzalez died from his injuries.

The pellet gun used by Gonzalez, the Post reports, is made to look like a real handgun, which added to the confusion and concern.

Read more about Jamie Gonzalez and the pellet gun he was carrying here.