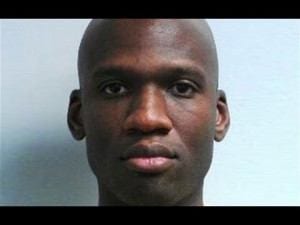 Alleged Washington Navy Yard shooter, Aaron Alexis was shot and killed Monday afternoon after a mass shooting ensued earlier in the morning. Aaron Alexis has been suspected to be the lone shooter, claiming 12 victims’ lives in the nearly five-hour shoot-out. As the story continues to unfold, a myriad of questions have arisen: who is Aaron Alexis and what were his motives? Little is known about the gunman causing the FBI to release an official photo asking for further information on Aaron Alexis. Slowly, authorities are struggling to piece together the identity of this unsuspecting man. However, from what information that authorities have collected, Alexis had a history of anger-management problems that prompted the use of a firearm.

According to Navy officials, Aaron Alexis, 34, enlisted in the Reserves in 2007 and was listed as being a navy aviation electrician’s mate third class until his discharge in 2011. Authorities claim that Alexis still maintained secret security clearance, which gave him clear access to the naval yard Washington that Monday morning.

In Seattle, Alexis had previous scuffles with the law, both involving negligent use of a firearm. In 2004, Alexis was accused of firing shots at a construction worker’s vehicle. Police reports stated that Alexis claimed he felt the workers disrespected him and did not recall shooting the vehicle because of a “black-out” that he experienced due to his anger. The report was later claimed to have been dropped due to clerical error.

In September 2010 in Texas, Alexis was also arrested for suspicion of discharging a firearm. The reports state that a women was ‘visibly shaken’ after a shot was fired straight through the floor of her apartment. Alexis, the apartment directly underneath, had previously called the police complaining of noise disruption. When police came to his apartment, Alexis did not open until the fire department was called to forcibly open the residence. Alexis reported that he was cleaning his gun while cooking, which caused his hands to be slippery and unintentionally fire the shot through the ceiling. Although police reports were made, formal charges were never filed.

Alexis’ father has previously stated that his son suffered from Post Traumatic Stress Disorder (PTSD) from being at Ground Zero on September 11, 2001, where he helped survivors and first response officers. The events from that day left him “traumatized” claimed his father. According to authorities, Alexis was enrolled in the Borough of Manhattan Community College during the attacks, which was adjacent to the Twin Towers.

Personal friends of Alexis have shared that he was a peaceful man, who loved the Thai culture, visiting Thailand and becoming fluent in Thai. He had also become a follower of Buddhism, attending a local temple in Forth Worth, TX. He became friendly with a Thai family, working at their Thai restaurant, noted to be kind to customers, speaking to them in their native language.

Many investigators have searched for Alexis in various databases and have found no outstanding suspicious behavior or activity other than his previous bouts with the police. As information is still surfacing, it is unclear what caused Aaron Alexis to shoot and kill a dozen people. What we do know is that he suffered from anger-management issues that may have been associated with PTSD.

There appears to be a missing link in the life of Aaron Alexis, one that triggered this merciless shoot-out. As details are revealed, we hope that information will answer the question that many grieving families are wondering, “Why?”