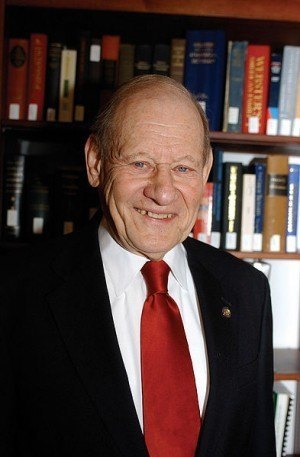 The philosopher and skeptic passed away Oct. 20

Paul Kurtz, a secular humanist philosopher devoted to promoting science and reason to triumph over religious views, died Saturday, Oct. 20. Kurtz fought against prejudice aimed at those who do not identify with any religious standpoint.

The philosopher passed away of natural causes in his Amherst home, which is a suburb of Buffalo, New York. The death of Paul Kurtz was announced Oct. 22 by the Center for Inquiry, which was founded by Kurtz in 1991 and has since expanded.

“He was one of the most influential figures in the humanist and skeptical movements from the late 1960s through the first decade of the 21st century,” said an obituary issued by CFI.

A secular humanist philosopher, Paul Kurtz was the founder of an international center devoted to his views, as well as a not-for-profit Committee for Skeptics and Council for Secular Humanism. He also spread his philosophies in the magazine Free Inquiry and Skeptical Inquirer, which took on topics such as alien sightings and paranormal activity, according to the Associated Press.

A collection of Paul Kurtz essays were published June 2011 to inform readers of his theory of eupraxsophy, which he thought would serve an alternative to religion in the sense that it fulfilled social needs without supernatural backing or the authoritative nature of religions. Eupraxsophy is a philosophy for life driven by ethics caused by reason, logic and science—not the afterlife.

The nonreligious philosopher Paul Kurtz is survived by his wife, son and three daughters.