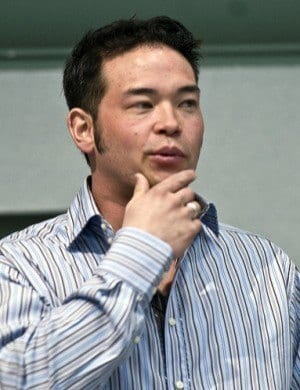 No Internet or television

Jon Gosselin, from TLC’s “Jon & Kate Plus 8″ fame, has not only fallen out of the public eye, he has fallen completely off the grid.

Living in a cabin in Pennsylvania without Internet or television, Gosselin is trying to piece his life back together after years of celebrity gossip, controversy and a messy divorce from his ex-wife Kate Gosselin.

Jon Gosselin currently waits tables at Black Dog Cafe in his native Pennsylvania. Sources claim Gosselin doesn’t make more than $40 or $50 during a weekday shift. That’s a far cry from his 2009 heyday of making $22,500 per episode of “Jon & Kate Plus 8.”

With eight children and an ex-wife to pay for, Gosselin is certainly feeling the pain of making ends meet. Child support payments and excessive legal fees forced Gosselin to fall behind on rent payments in recent years.

Jon Gosselin claims it’s “next to nearly impossible” for him to find work. Being shunned by employers for his rocky celebrity past, Gosselin struggles to escape the never-ending cycle of tabloid gossiping and inquiry.

Gosselin states that he has “hit rock bottom like 20 times,” in an interview with “Entertainment Tonight.” Sources close to Jon spoke with the “Enquirer” stating “just a few years ago, he was jetting off to France to hobnob in St. Tropez, sipping champagne on a yacht. Now he’s waiting tables at a pub!”

Gosselin claims people overestimate how much money he really made during his show’s run, though states that he prefers to live off of the grid now. His current employer, Black Dog Cafe, is certain to receive a few extra customers this week from the added publicity.

No word yet on his next scheduled waiting shift.