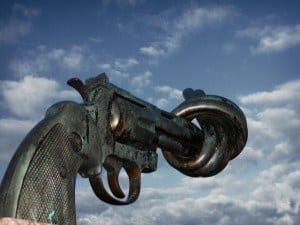 An Alabama bar shooting has left five people still hospitalized. Doctors have upgraded the medical conditions of four of the five people who have been hospitalized from gun shot wounds; one is now in serious condition, upgraded from critical, Brad Fisher, communications director for Regional Medical Center, said.

Authorities have charged Nathan Van Wilkins, 44, with 17 counts of attempted murder in connection with the shooting which occurred Tuesday at the Copper Top bar near University of Alabama’s campus.

Wilkins also faces another attempted murder charge for a shooting earlier that night in a nearby subdivision.

Wilkins is currently at the Tuscaloosa County Jail with a $2 million bond following the Alabama bar shooting.

Police are almost completely sure Wilkins was the shooter “based on some of the things he’s told us,” Police Chief Steve Anderson said earlier Tuesday.

Police are reporting that the suspect went into a business in Jasper, a town about 50 miles north of Tuscaloosa, and “indicated he was involved in the incident,” Anderson said. The man was then taken into custody and returned to Tuscaloosa following the Alabama bar shooting.

A surveillance video shows the man walking up to the bar and then, only a few minutes, shooting around military-style with an assault rifle.

Seventeen people were admitted to the hospital following the suspect’s shootings; most of the victims were students. Approximately 80 to 90 people were at the bar at the time of the Alabama bar shooting.