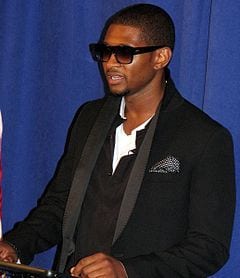 Tameka Raymond claims the singer is an unfit father

While Usher’s music continues to be a success, the singer is facing some serious personal troubles. Ex-wife Tameka Raymond has reportedly filed for full custody of their two children.

The couple, who divorced in 2009 after two years of marriage, currently have a joint custody agreement for four-year-old Usher Raymond V and three-year-old Naviyd Ely Raymond.

According to TMZ, the site has obtained court documents where Tameka claims that Usher, 33, has not upheld his responsibilities as a father and she has asked the judge to remove his custodial rights.

Among her list of her ex-husband’s offenses, Tameka has accused the “Let it Burn” singer of failing to inform her when traveling out-of-state with their sons and not asking her approval when employing nannies to look after them.

Tameka also claims that Usher refused to give her permission to take the children on holiday for two weeks in the summer of 2011. In the papers, TMZ reports, Tameka also complained that Usher closed her Saks 5th Avenue credit card.

Tameka was the singer’s stylist before their romance began. Tameka has three sons from previous relationships.