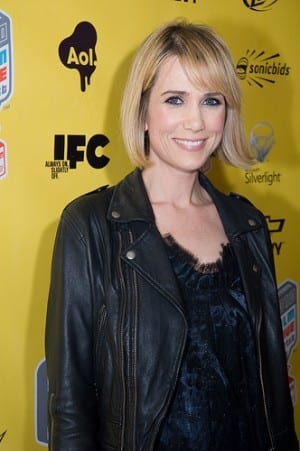 SNL is taking on three newcomers to replace veterans

Just last season, Saturday Night Live favorites Andy Samberg, Abby Elliott and Kristen Wiig made their very last debut on the hit NBC show. Although we certainly will miss Andy’s digital shorts, Abby’s spot-on impression of the Kardashians and Kristin’s overly excited Sue character, there are still plenty of good things to come. The comedy stars are being replaced with three newcomers—all of whom have strong ties to Chicago comedy.

Also a member of Second City is Aidy Bryant. She has performed previously with current SNL cast member Vanessa Bayer as well as with Annoyance Theatre.

Finally, Tim Robinson has experience in Second City as well working both as a stage and touring performer.

These Chicago natives will make their SNL debut on the season premier in September which includes host Seth McFarlane and R&B musical guest Frank Ocean.

If you can’t wait until the SNL season premier in September, you can check out the new cast member’s hilarious pre-SNL material on YouTube.