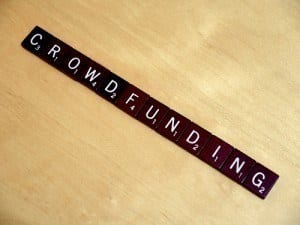 Kickstarter and other crowdfunding websites have thrived in the past few years, allowing people to have a platform to fund everything from independent projects, small business ventures and even raising college tuition. Even famous people have joined the action and found success. The Kickstarter campaign for the “Veronica Mars” movie met its multi-million dollar goal in less than a day. Levar Burton managed to raise the funds to bring back childhood favorite “Reading Rainbow.” The appeal is obvious—it’s an easy-to-use system that allows projects that would not otherwise be made a chance to succeed.

However, not all campaigns are successful. Depending on the particular crowdfunding site used, the creator may or may not receive the funds if the total goal is not met. Even worse, many people overextend themselves, promising too many rewards to backers that they are unable to fill.  In 2011, a Kickstarter user named Ed Carter ended up losing his house and filing for bankruptcy after promising free shipping of the board game he created. Even more troubling, a man in Chicago raised over $51,000 to publish a comic book, only to have misallocated funds and not be able to ship all of the orders. Instead, he took the finished books into an alley and set them on fire, leaving fans and backers angry and at a loss.

The secret to a successful crowdfunding campaign seems to be setting a realistic goal, having a legitimate financial plan, and a realistic timeline.  Finally, make sure the rewards to backers are carefully considered before launching a campaign.

Anson Corsair, 27, a graduate student at Cal State Los Angeles, is a proponent of crowdfunding and recently launched his first Kickstarter campaign for his solo album, “These Melodies.” Backed by a talented crew and supportive friends and family, he set an attainable goal after carefully researching costs from different vendors to have the rewards and promotional materials made, as well as having the CDs pressed and packaged. Despite the fickle nature of crowdfunding, Corsair isn’t worried. He’s just excited to get his work out to the public.

All in all, crowdfunding platforms, like anything, can be help or a hindrance—it all depends on the people behind the projects. However, in times of economic hardship, it’s hard to ignore the opportunities these sites present.