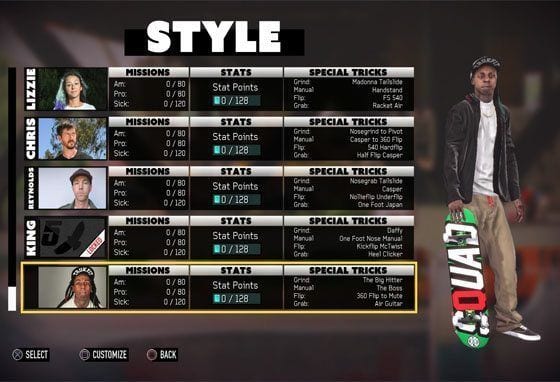 Back in 2012, Activision released an updated version that remixed Tony Hawk’s Pro Skater and THPS 2, and remastered it for the current gen (at the time) consoles – they dubbed it Tony Hawk’s Pro Skater HD and it was a $15 digital title which seemed to do fairly well and while it had some issues critics were mostly forgiving because of the cheap price tag. Because of this success, a new game was created by the team at Robomondo (the developers behind the HD remake) aiming to keep the franchise alive, and being the first numbered entry in the series since 2002. When flagship games get a numbered sequel, it’s usually because they’ve developed something special.

There’s no doubt about it – this game is definitely something special, but let’s just say that it’s a good thing Tony Hawk isn’t dead yet, because if he were he’d be rolling over in his grave if he saw this atrocity with his name on it.

When a pre-release copies go out to press AFTER a game has been available to the public for over twelve hours, you know the publisher is bracing for impact and backlash. While not the worst game I’ve played, Tony Hawk’s Pro Skater 5 is nothing but a shady cash grab at the expense of throwing the franchise right in the trash can.

If you’re someone who’s been playing these games from the beginning, you know that the series changed drastically when they moved away from Pro Skater and into the Underground series.  Things got ridiculous in THUG 2, and while American Wasteland toned it down some to feel like a subtle return to the Pro Skater style, EA’s Skate series came in and blew everyone away with what a Skateboarding game could be. Tony Hawk’s Pro Skater 5 returns to the series roots, getting rid of a lot of the silly mechanics that became core – like jumping off your board to extend combos or skitching, and instead going back to relying on reverts and manuals to chain your combos together.

Tony Hawk’s Pro Skater 5 seems to be an attempt at reviving the series by recreating the feel of the original with a few twists and the end result is a terribly bland experience with a few new tricks that are more frustrating than fun. Skating is, for the most part, fairly solid but you’ll struggle at first because you need to complete challenges which unlock skill points used to make your skater perform better. The biggest problem comes in mechanics that are muscle memory for me that simply no longer work. Pressing the grind button now makes your skater stomp the ground, instead of being able to hold the button to catch a grind on the way down from a trick. I also had a problem on PS4 with the game not keeping up with how quickly I input commands, so my skater would constantly fall and bust his ass trying to start tricks half an inch from the ground.

There’s very little good to say about this game. If you can manage wading through the tedium, you might enjoy it in small bursts. Graphically, it looks like a game that should have been released on the iPad, with a soundtrack of mostly unknown hipster bands who are trying to sound like they belong in the early 90’s punk scene. There are a few enjoyable tracks, but they’re censored and because actually playing the game is such a chore, every second of edited silence sticks out like a sore thumb. There are also frame rate issues, collision detection problems (doing an ollie will occasionally launch you across the screen for no reason at all), and challenges that are duplicates of others just to make sure every level has the same amount available leading to disappointment that would have been tough to recommend at $15, but at $60 this game is nothing short of an abomination.

If you really want to play Tony Hawk and enjoy it, pick up THUG 2 on PC and use the THUG Pro fan mod for a much more enjoyable experience. Don’t waste your money on this cash grab.

Check out: Rare Replay: A review on the nostalgic collection