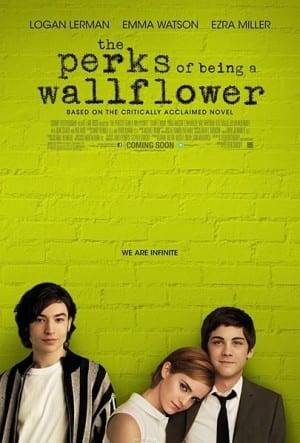 The Perks of Being a Wallflower trailer was released on June 3, and anxious and worried fans of the novel from, which it is based, can rest easy knowing the director is doing the book justice.

Harry Potter star Emma Watson is the film’s most recognizable face in what was seen as a surprising role for the actress. Logan Lerman and Ezra Miller also star in the movie.

Based on the novel by Stephen Chobosky, the film centers around main character Charlie and his struggle to lead a normal high school life. Through the help of his friends Sam and Patrick, he is able to better adjust to being a teenager.

The Perks of Being a Wallflower trailer represents all three of these characters.

Although the novel was primarily intended for young adults, it has become widely popular since its 1999 release and is now beloved by audiences of all ages.

The movie is scheduled to be released in theaters on Sept. 14 of this year.