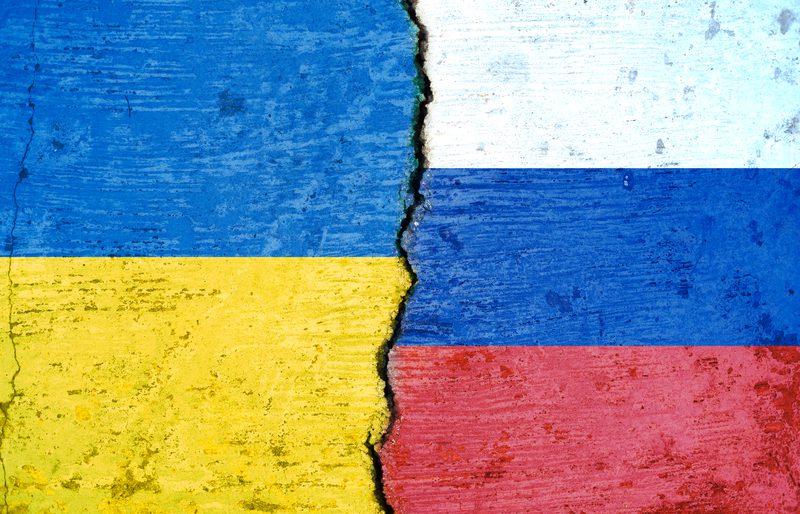 The Russian invasion of Ukraine, which is also considered the largest military attack in Europe since World War 2 in a significant escalation to the Russian-Ukrainian conflict, does not look like it is stopping. It is reported that 596 civilians have been killed, and around 1,000 people have been injured in the invasion. It has also been reported that numerous buildings have been damaged and destroyed. According to reports, on the 18th day of the invasion, President Volodymyr Zelenskyy of Ukraine said he is open to talks with Russian President Vladimir Putin if there is a ceasefire.

Vladimir Putin, the president of Russia, seeks control over Ukraine and wants to bring down its democratically elected government. Talking to a news channel, President Volodymyr Zelenskyy of Ukraine said that he had been threatened and that he was target number one by the enemy and his family is number two.

On the other hand, Russia has said it aims to free Ukraine from oppression and clean it from the Nazis. Vladimir Putin has also said that “those who committed heinous crimes against the civilians” will be brought to the court and denied occupying Ukraine. An anonymous source said he aims to split the country into two parts.

In an editorial report published on February 26th, it was published that the war aims at a new world order where Russia was restoring its pre-1991 soviet unity, gathering the world of Russians, Belarusians, and Ukrainians, also known as little Russians.

In 2021, Russian President Vladimir Putin wrote a long piece where he described Russians and Ukrainians as “one nation” and represented the collapse of the Soviet Union as the “dissolution of historical Russia” in December 1991.

But this is not it, and the list of demands from the Russian leaders goes further where it wants NATO to reverse its eastward expansion. This would require NATO to remove its forces and military infrastructure from member states that joined the alliance in 1997 and not deploy ‘strike weapons near Russia’s borders’, Central Europe, Eastern Europe, and the Baltics.

German chancellor, Olaf Scholz, believes that this is beyond NATO according to his world view and that the Russian leaders want to take over Europe. He also stated that Russian President Putin wants a Russian empire.

According to Putin, it was promised by the west in the year 1990 that it would not expand an inch to the east, but this was a lie. This promise was made prior to the collapse of the Soviet Union. However, the promise made to Soviet President Mikhail Gorbachev only referred to East Germany. He also said later that “the topic of NATO expansion was never discussed.”

Meanwhile, Russia has banned the terms invasion and war and threatened journalists with jail if they do so. This invasion is termed a ‘special military operation’ for the Russian president.

The Russian president has claimed that his goal is to protect the people of Ukraine who are subjected to bullying and genocide. Also, he has aimed for the “demilitarization and de- Nazification” of Ukraine. However, the Ukrainian president denied this and said there is no genocide in Ukraine and stressed that it is a growing economy.

Talks between the two nations

Several rounds of political talks between Russia and Ukraine have so far failed to stop the war. The United States and the European Union have decided to impose some of the most challenging economic sanctions ever on the Russian government. A considerable number of western businesses, manufacturers, retailers, and fast-food chains such as McDonald’s have suspended their operations in Russia.

In the meantime, U.S. and European financial penalties and restrictions are attacking banks and other businesses in Russia, resulting in limiting the Russian government’s ability to utilize its substantial foreign currency reserves. This is obstructing millions of Russians from using their credit cards, accessing their credit cards, and travelling abroad.

The Russian invasion of Ukraine is affecting the whole world, which was merely trying to stand on its feet post-COVID 19 pandemic. With Russia being the top fuel supplier, there has been a rise in oil prices, which is a considerable challenge, particularly for the developing economies.

SEE ALSO: Trump Spread a ‘web of lies’: One Year on From Capitol Riots