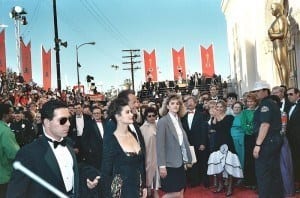 She was charged with two misdemeanors

Scout Willis, 20, was busted in Union Square, New York for drinking openly in the public and flashing cops with a fake ID.

Scout is the middle child of Bruce Willis and Demi Moore and is currently a student at Brown University.

Willis was arrested in the early evening Monday and charged for criminal impersonation and a violation of the open-container law. Both are misdemeanors, but Willis could face at least a year in prison—which will be highly unlikely. The open container violation is only a $25 fine.

Willis’ lawyer, Stacey Richman, denies Willis misled the police. “She was honest about who she was. She is a very proper, very impressive, smart, young woman…She presented her own ID…She did not know who the other person on the other ID is.”

According to New York Daily News, the starlet was carrying an ID her friend had given her with the name Katherine Kelly. As questioning continued to resume, Willis brought out her real California ID, and told police, “My name is Scout Willis…The first ID isn’t mine. My friend gave it to me. I don’t know Katherine Kelly.”

As for the beer, Willis was said to have been holding a can of ‘Pakistani Beer ’ but may remain unknown due to the fact Pakistani beer is not imported to the U.S.

On Tuesday, Willis was released without bail and is due to report back to court on July 31.

Willis had no comments on the incident when reporters flocked to her as she was walking with her beau along First Ave. “I’d rather not talk…That’s really invasive.” Her famous parents had nothing to say about the incident as well.