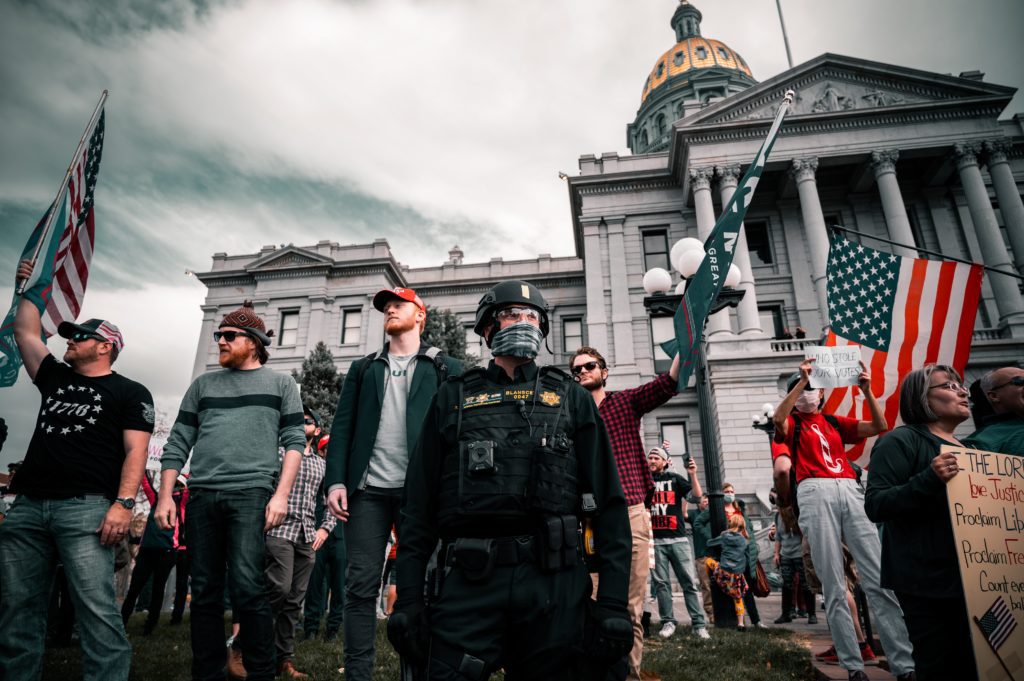 On 6th January 2021, a violent mob of Donald Trump supporters stormed the Capitol Building violating American democracy, in an attempt to prevent the confirmation of Biden’s victory. This left 5 people dead, 15 police officers in hospital and caused significant damage worth millions of dollars.

In his speech earlier today, Biden went on a fierce attack on the former president claiming that he had “spread a web of lies” to American citizens leading up to the election in 2020.

‘he refused to accept the results’

“He’s done so because he values power over principle,” said President Biden.

After the riots occurred, many accused Trump of motivating his supporters to march after he claimed that the election was “stolen”.

Biden has condemned Trump for his role which has since raised serious discussions regarding the future of democracy within America.

“He sees his own interest as more important than his country’s interest and America’s interest. And because his bruised ego matters more to him than our democracy or our constitution,” he continued.

“He can accept he lost.

“Even though that’s what 93 United States senators, his own attorney general, his own vice president, Governors and state officials in every battleground state have all said… he lost. That’s what 81 million of you did as you voted for a new way forward.

“He has done what no president in American history has ever, ever done. He refused to accept the results of an election.”

During his address, Biden also pictured the scene of the harrowing attacks touching upon how the police were attacked, the threatening of the House speaker and the vice-president.

“Here is God’s truth about 6 January 2021,” President Biden said. “They were looking to subvert the Constitution.”

Donald Trump has since responded to the address, releasing a statement claiming that President Biden is using his name “to try to further divide America.”

“This political theatre is all just a distraction for the fact Biden has completely and totally failed,” he added.

“Our country no longer has borders, has totally and completely lost control of COVID (record numbers!), is no longer energy independent, inflation is rampant, our military is in chaos, and our exit, or surrender, from Afghanistan, was perhaps the most embarrassing day in the long and distinguished history of the United States – and so much more.”

A number of remembrance events will be taking place and will see various Democrats present throughout the day. However, the majority of Republicans will be missing which emphasizes the significant divide between the two nationally-recognized parties.

SEE ALSO: Biden Pledges to do ‘whatever it takes’ to Support Tornado Victims