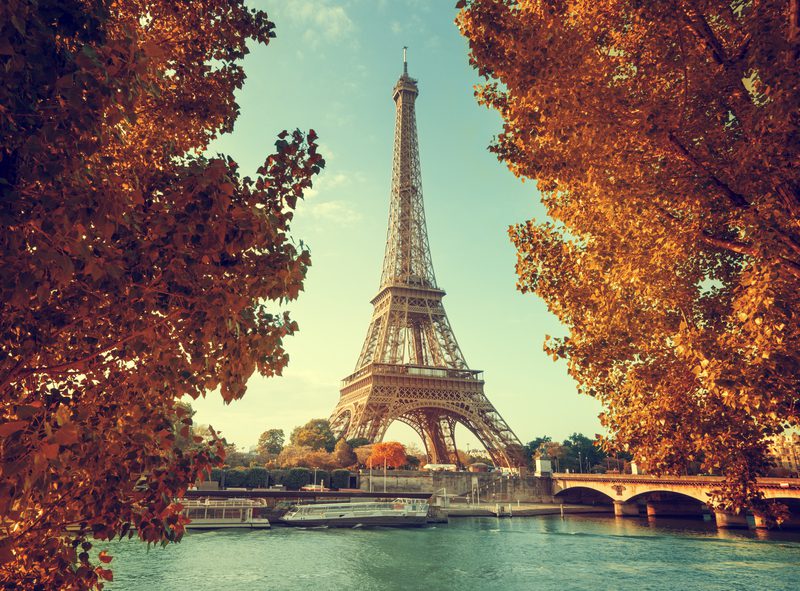 If you were thinking of studying abroad in Europe, one of the first cities that likely sprung to your mind was The City of Light. It has a magnetic pull that lured the artists, the designers, the thinkers, scientists, musicians, and writers to France’s capital. You can walk the same streets as Hemingway, as Picasso, as Sartre, as de Beauvoir in your year abroad in Paris. Many international students hold this city in their sights as their dream destination for their studies.

There are plenty of reasons why they would do this, as Paris will open your eyes to how millions of people live many miles from you. By studying there, you will be able to immerse yourself in Parisian life. It is a cultural melting pot and the oldest city in Europe. Below are five reasons why you should study abroad in Paris.

Paris has some of the best universities on the planet

By studying in Paris, you will be able to take classes at world-famous universities. World-famous here means world-class education, and you will be able to take your pick from universities such as the Sorbonne (which has been split into 13 autonomous universities, under the heading Paris-Sorbonne University), École Polytechnique, University of Paris, and the Normale Superieure Paris. This is not a comprehensive survey, of course, but you will stand out from the crowd when you list one of Paris’ famed institutions on your CV.

Make sure that, once you are inside these halls of learning, you take advantage of everything that the university and their modules have to offer. The extra-curricular element of your studies is likely what you’ll remember most fondly, as they will offer everything from student clubs to guest lectures, as well as day-trips and internships. You can expect to be taken to Giverny, Versailles, and Fontainebleau, as well as places closer to the centre of Paris, such as to museums, galleries, the opera, or the cinema.

You can study almost anything

Regardless of what you are studying before you leave for Paris, the city has so many courses and programmes that you will find one that satisfies your academic needs and matches your interests. Whether you’re studying economics, education, architecture or art history, you can be certain there will be something for you. The course lengths vary, so you can spend summers or semesters on chosen subjects. There are a number of comprehensive programmes available if you are wanting to immerse yourself in French culture, and you can take courses in French cinema (think Godard, Varda, etc) to key political issues such as immigration. Whether you are an undergraduate or a graduate student, it is doubtful that you would have a problem finding programmes that fit with your study schedule.

Expense may not be as big an issue as you think

Whilst, yes, Paris is a very expensive place to live, students who will worry about budgeting will still be able to afford to study in the city. Most study abroad programmes in Paris will be expensive, but many of these programmes will include housing, cultural activities, tuition, insurance, and many excursions in the programme fees. This means your money is going a long way. Furthermore, many institutions in Paris, and France more generally, offer discounted or free entry for students. This means you can visit the Louvre, the Musee d’Orsay, and the Pompidou affordably.Even if a whole year abroad of academic study is out of your monetary reach, many of these programmes offer shorter – seasonal – sessions that can be as short as a single month. Furthermore, you will be able to apply for bursaries and scholarships, as well as receiving help with financial planning.

An obvious advantage to studying in Paris is that your French will naturally improve. It is an official language of diplomacy, the official language of the European Union, and one of the most widely-spoken languages in the world – from Paris to Dakar to Marrakech, French comes in useful – so the ability to learn to speak French is a huge advantage across the board. There are many modules available entirely in French, or you can take intensive sessions in order to learn French. The best way to learn a language is to immerse yourself in the culture, the food, and the people. You’ll start picking it up before you know it!

A previous knowledge of French is often required by many study abroad programmes in Paris. Fear not, nearly every programme has classes to help students of all proficiency improve their French. Organisations will have intensive language and culture courses for beginners, intermediate and advanced speakers.

Paris is often viewed as the most beautiful, most romantic city on Earth. There is a countless array of art, architecture, food, entertainment, fashion, and nightlife for you to enjoy. You can peruse bookshops and walk the road of the artists in Montmartre, sample fresh bread from your local patisserie, sip espresso in Les Deux Magots. The initial culture shock will lay the ground for your personal growth and change.