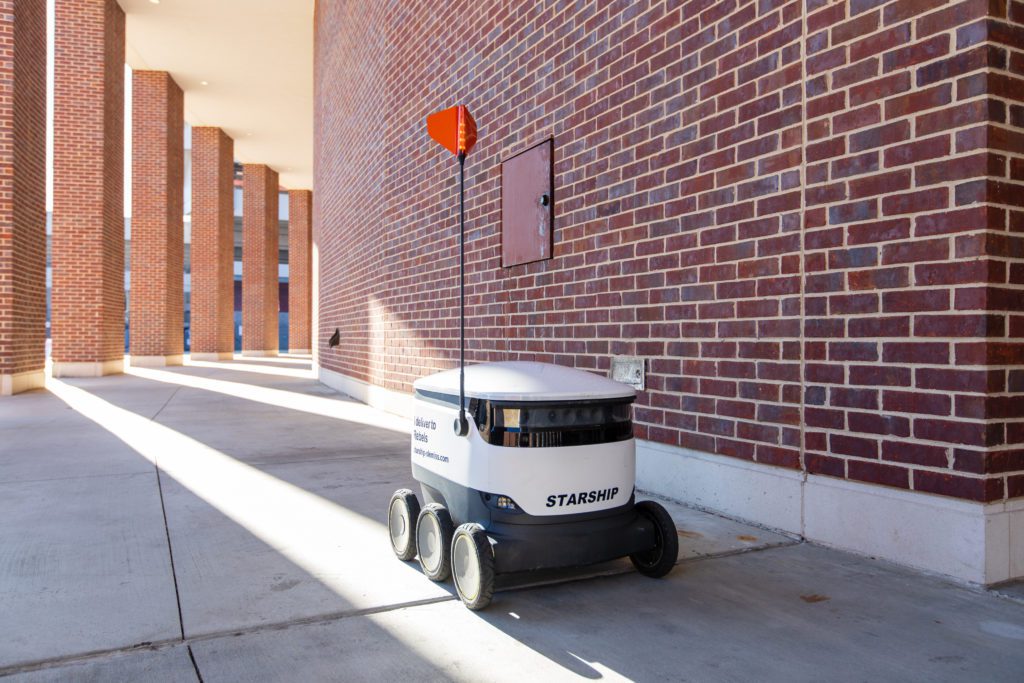 This declaration has come on the same day as Kiwibot, another independent delivery robot company, linked up with hospitality giants Sodexo to help provide food for three more college campuses. Starship will work with the likes of Starbucks, Panda Express and Panera Bread, along with others. Despite the rises in cases of the Delta variant, the delivery companies are still expecting a “normal” school year. These issues could either help or hinder these types of companies. It could mean that more students are forced to stay indoors, but it could also mean that schools shutdown making these handy robots, not so handy at all.

“We see the Starship robots as an important part of safely bringing students back to campus,” said executive director of residential life, housing and food services at UNR, Dean Kennedy, in a statement. He went on to say “everyone wants to resume in-person classes and be back on campus so we’re doing everything we can to make sure it’s done responsibly. The robots offer several advantages – they make social distancing easier, they are convenient, the students we have spoken with love this idea and they continue our heritage of being an innovative campus.”

UIC have been given with 25 of starships’ robots with UNR and Embry-Riddle given 20 each, increasing Starships’ overall delivery robot fleet to over 1,000. The Estonian-born company revealed that they have accomplished 1.5 million rides since its launch in 2014, achieving a sum of $102 million.

The CEO of Starship, Alastair Westgarth, has recognised this achievement. “We’ve worked hard to become a trusted and integrated partner on our campus communities and that hard work has paid off”.

Students as well as faculty will manage to download Starship’s food delivery app in order to choose what sort of meal they would like sent to their location by dropping a pin. They can also track their delivery robot and will also receive an alert once the robot has arrived.

SEE ALSO: Which Universities Brought Home the Gold Medallists for the U.S. in Tokyo 2020?