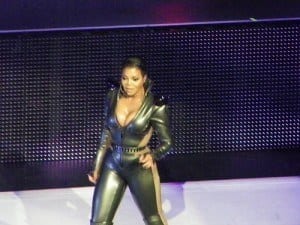 Janet Jackson had yet another wedding and forgot to invite the media. Wissam Al Mana is one lucky guy.

Janet Jackson is married. Why this is anyone’s business but hers and her husband, Wissam Al Mana, is beyond me. But the media feels entitled to celebrity’s personal lives, especially that of the Jackson family. Be it in entertainment or local Chicago politics, Jackson is a hot name.

And if any female Jackson has the audacity to change that, she should at least phone the New York Times for permission. There’s no telling which rumor prompted the newlyweds to tell Entertainment  Tonight and later write a statement on Janet Jackson’s website on Tuesday. But the two said:

“Last year we were married in a quiet, private, and beautiful ceremony…”

In their announcement, Janet Jackson, 46, and Wissam Al Mana, 37, asked that their privacy is respected during their time of continued “celebration and joy”. The two dispelled all rumors of an elaborate extravagant ceremony by adding that their wedding gifts to one another were donations to each others favorite children’s charity.

The entertainment world is two steps behind with all the recent rumors about Wissam Al Mana flying Janet Jackson’s family to Qatar for a million dollar ceremony. The couple say’s it’s simply “not true”. The rumors are highly based off of Wissam Al Mana’s $1 billion net worth gained through his luxury fashion empire in the Middle East.

In 2011, VMAN magazine asked Wissam Al Mana about his dream woman. He answered:

“I think a man’s dream woman changes as he goes through different stages in his life. I’m fortunate to be dating my dream woman now.”

The couple began dating in 2010 but Janet Jackson was not mentioned in the interview.