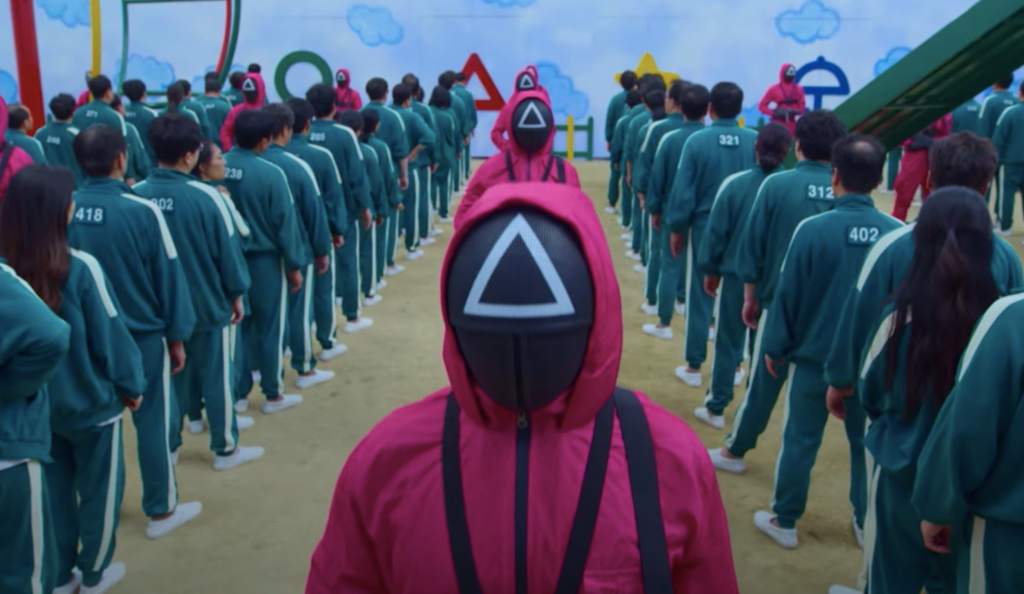 Popular South Korean drama, Squid Game, has taken the title off Bridgerton to become Netflix’s biggest ever series launch, racking up an astonishing 111 million fans during its first 28 days of release, the streaming service confirmed on Tuesday.

This nine-part dystopian series, which was released in September, focuses on a group on people within South Korea who are in serious amounts of debt and have an extremely poor day-today life. These people are then tricked into playing a game where they are pitted against one another, playing 6 different childhood games, where the winner receives a very handsome sum of money of 45.6bn Korean won ($38.2m). The catch? The losing players are killed.

The show has been circulating all over social media since its release and with this had topped Netflix charts in more than 80 countries worldwide.

Netflix’s vice-president for content in South East Asia, Korea, Australia and New Zealand, Minyoung Kim stated that the success the show has seen is “beyond our wildest dreams”.

She told CNN: “When we first started investing in Korean series and films in 2015, we knew we wanted to make world-class stories for the core K-content fans across Asia and the world.

“Today, Squid Game has broken through beyond our wildest dreams.”

The show overtakes UK drama Bridgerton which was streamed by 82 million people in its first 28 days of release. The metric used by Netflix is counting a view as anyone who has witnessed at least 2 minutes of an episode.

The large amount of success that Squid Game has received can be explained by the high rise of South Korean pop culture in recent years with the like of bands such as BTS and movies including Parasite, which secured an Oscar, making waves in the entertainment industry.

Dr Hye-Kyung Lee, from King College London, has been researching the rise of Korean culture and states: “These dramas or films are entertaining, and they have something unique which can strike a chord with people around the world.

“They present a critique of society and social economic conditions, which people can relate to through the characters.”