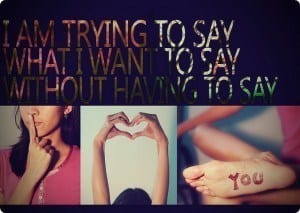 What is the next step?

Last night you found out that he was cheating on you and decided to sit on the information until you decided the best way to act on it. Well, it happens to be that you found the right place to twirl those upsetting thoughts through your mind and mull over the course of action that you may want to take. First off, you’ve got to remember that you are only in college. Yep, in the movies, and sometimes even in real life; people fall in love during their freshman year away and build a family that lasts for the rest of their lives. That, however, is just the exception to the rule. The rule, in fact, happens to be that there is simply no rule to the game of love. College is a great time for finding yourself partially. It is not the perfect time to find out just exactly who you are though. And it is most assuredly not the right time to place a large majority of your focus on finding the man that you want to be with forever. With that being said, you discovering that your significant other is a cheater is probably the best thing that could ever happen to you. Instead of staying with that person for the next two semesters, fighting, loving, and breaking up, then making up, you are finally able to focus on you and move away from this detrimental relationship. So of course you could walk into their dorm room and proceed to beat on his brand new computer as you cry your eyes out. You could even send a series of text messages to him professing your undying love and asking why he could possibly be sleeping with someone else. Heck, the thought might even cross your mind to go and find one of his best friends, get them slightly drunk, and then let them have you. But with all of these choices you are losing a couple of things. First off, you will lose all self-respect if you act in any of those fore mentioned ways. Secondly, you will not be acting as a godly and respectable woman. Instead, simply face the facts of the situation that if you caught your ‘Man’ cheating on you…. He clearly wasn’t your man to begin with. A simple call –a text won’t suffice- with the intent of making a quick point and sticking to your guns is the best method of action. Don’t let them beg for forgiveness and don’t lose your cool. Losing your cool will give them the upper hand again and we don’t want that. Tell them in a sweet way that you are no longer interested in seeing them and that you wish them the best. Avoid getting into another relationship to quickly because that will only make you look as though you had already been seeing someone else. It will also prevent you from focusing on yourself. So what, you found out that the man you had been with had not been in your corner. That doesn’t mean that you need to break from character, and it doesn’t mean that you are any less of a woman. But the way that you handle the situation can be sure to solidify who you are, and that can be a bad thing or a good thing. It is all up to you!