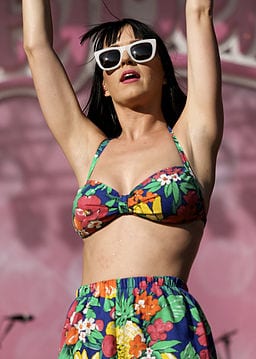 Katy Perry was the other major winner at the People’s Choice awards, picking up trophies for Favorite Female Artist, Favorite Pop Artist, Favorite Music Video for “Part of Me”, and Favorite Music Fan Following for Perry’s fanbase “Katycats”. Yes, we are awarding people who actively call themselves “Katycats” now. Believe it. One Direction also won their nominations in Favorite Song of the Year for “What Makes You Beautiful” and Favorite Album of the Year for their debut “Up All Night”, furthering cementing the People’s Choice awards as being relevant only to 11 year old girls.

The People’s Choice awards this year hit a record for the amount of votes cast online, topping 475 million. In comparison, roughly 126 million votes were cast in the 2012 Presidential election. Here’s a full list of the winners:

Dramatic movie: “The Perks of Being a Wallflower”

Song: One Direction, “What Makes You Beautiful”

Album: One Direction, “Up All Night”