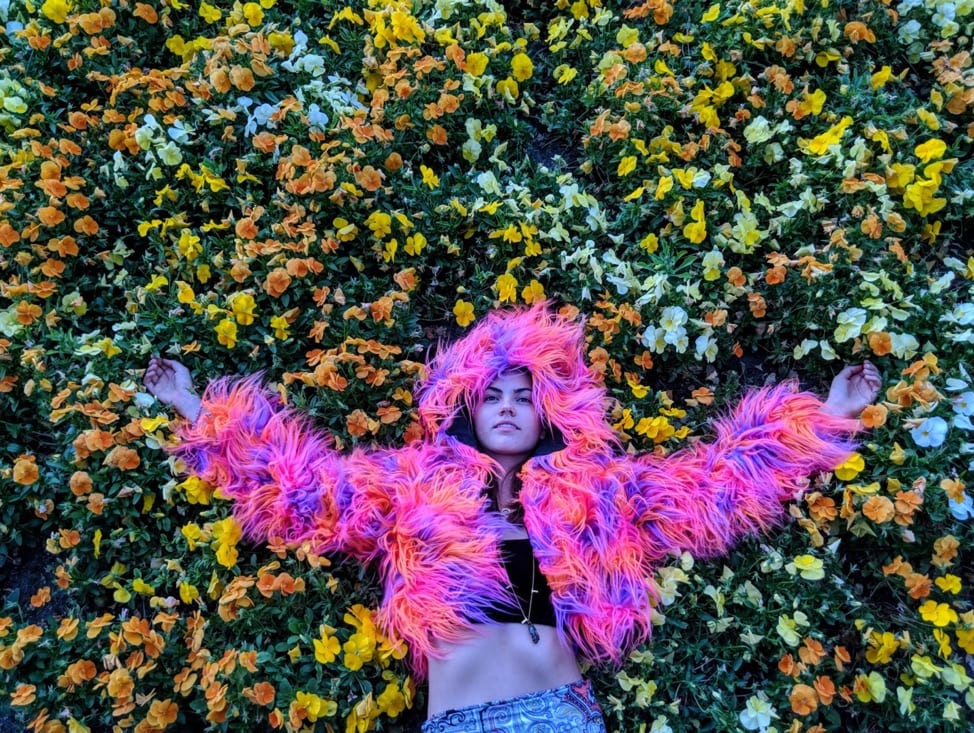 Real Fur was cool when it was necessary. When taming nature meant something—a life or death expedition into the tundra for a battle with nature’s Apex predators, but in the age of fur farms and our ever-expanding human footprint, it’s not just unnecessary—it’s outdated. It’s the overpriced participation trophy of the fashion world.

“Don’t get me wrong,” says Jordan Laub, creator of @VELUFUR, a line of ridiculously awesome vegan fur jackets that are popping up at festivals everywhere. “I love a thrift shop score as much as the next, but we are not talking about Macklemore here. Reduce, re-use, recycle is still a go, it’s the continued industrialization of real fur that gives it a bad a rap.”

Our oceans are polluted. A nature hike is relegated to a paved road through Torrey Pines and millennials are determined to do something about it. On June 11th, 2019 Kim Kardashian made headlines with a post on Instagram that “[she] took all [her] fave furs and remade them in faux fur.” (Kardashian. 2019). Maybe it’s because conservation is the hot new trend, or maybe it’s because K-dash grew tired of having flour thrown on her. Who knows, maybe she genuinely cares about making a positive impact, but one thing’s for certain, real fur is out and faux fur is in, but why now?

“Faux fur is taking over because it’s the animal-friendly alternative to a form of clothing that has been the wardrobe choice of humans since forever. I’m sure a wooly mammoth fur coat looked awesome, but there’s a reason woolly mammoths went extinct,” says Laub.

So fake fur that looks like real fur, all the fun without the guilt, we get it, but what’s up with the neon colored Monster’s inc festival fur explosion?  Why is faux fur the go-to for party animals everywhere?

I guess our grandparents don’t know how cool they really are–if only they still dressed the way they used to. Fashion is cyclical, retro hand-me-downs from the attic are inherited, and as much as our parents would like to pretend it’s not true, so is the lifestyle. The disco era defined itself in the fashion world as the era of the party, so if disco house is your rhythm, and moon rocks are your jam, strap yourself into some platform moon boots and bright colored pimp fur, and sing it with me now (along everyone else who can’t get Will.i.am’s stupid rap song out of their head): “I got it from my momma.”

Or maybe, ‘I got it from my older sister?’

EDM has hit the mainstream. It’s almost impossible to escape it, from rap, to country, almost every genre has morphed to include repetitive bass lines with minimal lyrics and easy-to-remember one-line choruses. 70s disco may have defined the dress code of the party, but the warehouse rave era of the 90s and 2000s made bright colored faux fur more than just fashion statement, it made faux fur a lifestyle.

As the disco era retired its Studio51 dancing boots, the era old enough to remember Sandstorm stole the style and gave it its familiar twist. Growing older means growing tired of hating sunrises and living with hangovers. When the spice girls broke up, everyone else was too busy playing with their tomagachis to care, and the bleached hair generation hung up its tacky arcade fur hats with its techno-goth duster coats, never to be seen again. That is until their little siblings heard Avicii’s “Levels” for the first time. A new faux fur generation was born–ready to follow in their older siblings’ footsteps and pick up right where the last generation left off.

As long as there is a party to go to, faux fur will ride its coat tails—literally

“Fur is soft, and warm–it feels good, but only when you don’t have to kill for it. Real fur is dead, but faux fur is here to take its rightful place as the iconic symbol of party fashionistas everywhere.”

Oh yeah, and don’t forget about @VELUFUR when you’re ready for your next jacket. 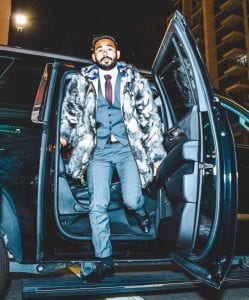