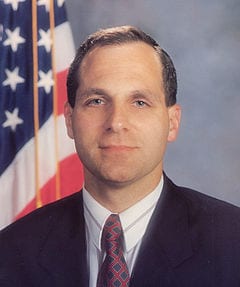 Freeh was named to oversee the university board of trustees’ internal investigation into the allegations that led to the firing of longtime football head coach Joe Paterno and university president Graham Spanier.

Freeh, whose inquiry will go back as far a 1975, which is a much longer period than a grand jury report issued earlier this month, said his goal was to conduct a comprehensive, fair and quick review, according to the Chicago Tribune.

The university has faced criticism since it announced that its internal investigation would be led by two university trustee members, Merck pharmaceutical company CEO Kenneth Frazier and state Education Secretary Ronald Tomalis. Faculty members requested Friday that an independent investigation be led, and the resolution of having an investigation committee chair that had no links to the university was reached.

According to the Tribune, Freeh founded his investigation firm, Group International Europe, after leading the FBI from 1993 to 2001. Previous to that, he served six years as a special agent.

According to the Tribune, long-time coach Paterno, who has the most wins of any major college football coach, has admitted he should have done more. Spanier has said he would have reported a crime if he had suspected one had been committed.

Sandusky has said he is innocent. He has acknowledged that he showered with boys but said he never molested them.