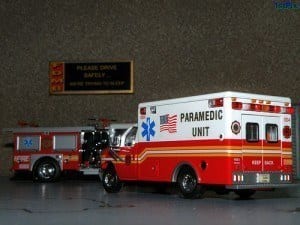 A Detroit paramedic is under fire for giving a blanket to a man that was cold. Yes, you read that right. About two weeks ago, a house caught fire, and the elderly man who lived there was brought outside wearing nothing but his underwear. Naturally, Jeff Gaglio provided him with a blanket. It wasn’t until Tuesday that he was informed his actions were putting him in some hot water.

Chief of the Emergency Medical Service (EMS), Jerald James, is responsible for Gaglio’s punishment—whatever that might be. James stated “We can’t have an employee who feels that they have a right to give away state property without getting prior approval.” However, it was later revealed that the department didn’t even pay for the loaned blanket. It had been donated.

When Gaglio was able to comment on the situation he said, “I’m being punished for giving a man a blanket. Something that would seem like a common everyday courtesy. Something that any man or woman would do in the city of Detroit.”

Apparently the city’s EMS is dealing with problems regarding its lack of cash. They have been understaffed and even using out-of-date ambulances.  According to the Detroit News, they bring in $8 million less than its operating budget because of the number of uninsured Detroit residents who are unable to pay for their services.

There has not yet been a punishment laid out for Gaglio. However, whatever it is will certainly be scrutinized.