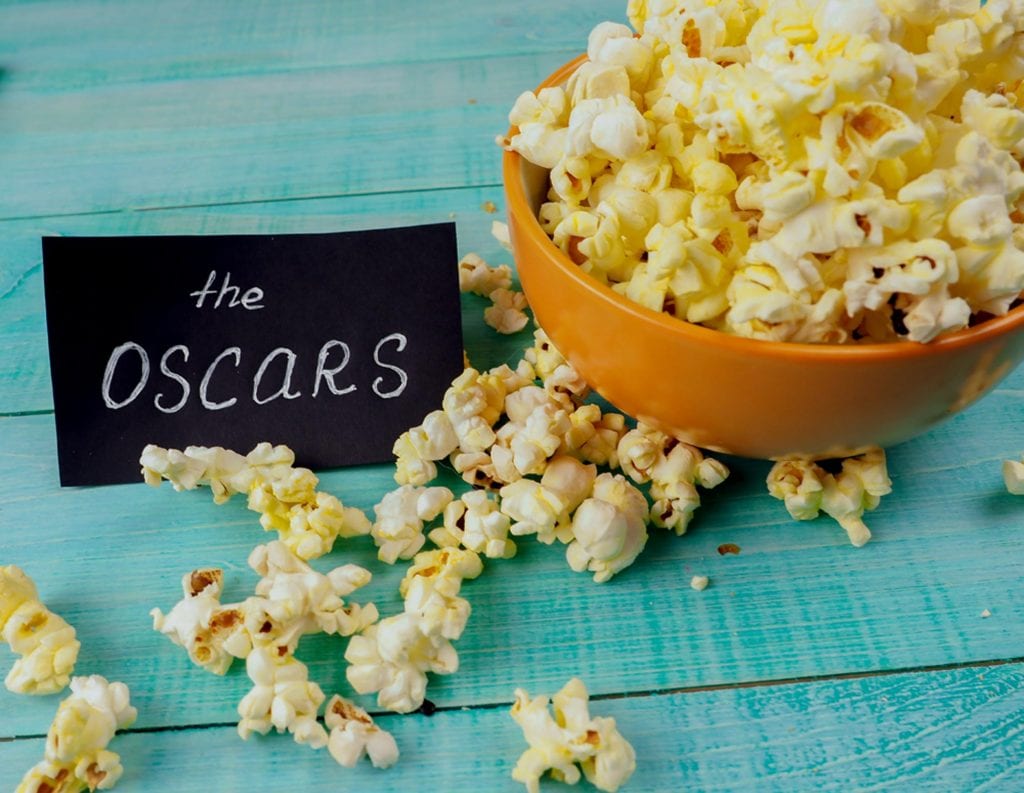 As the 90th Academy Awards ceremony approaches, general murmurs of possible nomination candidates have begun to circulate within the entertainment community. The Oscars 2018 awards ceremony itself will take place on March 4, with the crème de la crème of film stars guaranteed to be in attendance. From January 5, members have been able to cast their votes online. Here, we offer our predictions and compile a list of worthy contenders for the Oscars 2018. Meanwhile, we’ll speculate which dark horses could throw a spanner in the works for the front-runners.

2017 has certainly been an interesting year for Hollywood—to put it lightly. With scandal plaguing the headlines, the spotlight has been solidly fixed on tinsel town and its residents. So what has this meant for film and cinema? Well, a great deal as it so happens. Numerous accounts of sexual misconduct that began with Harvey Weinstein have meant that topics of gender, inequality and power manipulation are top of the agenda. Since the first Academy Awards in 1929, only four women have ever been nominated for the Best Director Oscar: Lina Wertmuller for Seven Beauties (1975), Jane Campion for The Piano (1993), Sofia Coppola for Lost in Translation (2003) and Kathryn Bigelow for The Hurt Locker (2010); Bigelow is the only female director to win. This translates to a ratio of one female to 88 male directors. We believe that women—in front of and behind the camera—will have more of an opportunity to prove themselves this award’s season (although it begs the question: why has it taken so long for such an alteration to occur?). A crop of female-led and female-centric films has burst onto the scene (and about time too), which could dramatically change the landscape of the Oscar Awards. With models of directorial excellence exhibiting such as Dee Rees’ Mudbound (2017), one could assume that the lists may appear different this year—or be confounded if they don’t.

Furthermore, the scathing criticisms surrounding the Oscars that emerged last year may return with a vengeance—the #OscarsSoWhite campaign springs to mind. In 2016, the Academy was condemned for the lack of ethnic diversity shown in their decision-making. Others have directed their blame at the film industry itself. According to The Guardian, “During this century, minority actors have secured only 15 percent of the top roles (as identified by billing, critical esteem and box-office takings).” But the sharp writing from Jordan Peele’s Get Out—set in ‘post-racial’ America—surely cannot be ignored this season, right?  What we can say without any hesitation is that the Oscars 2018 will be like no other.

The unspoken rules of Oscar nomination

Over time, the Academy has revealed certain trends in their nomination picks—whether conscious or not. We have labeled these trends in decision-making as the ‘unspoken rules’.

I don’t think anybody could dispute that Dunkirk deserves a place at the nominee’s table; especially taking into consideration the meticulous shooting, awe-inspiring score and groundbreaking performances that were involved in bringing it to the screen. Both critics and home-viewers alike have hedged their bets and surmised that it will be nominated for Best Picture for the Oscars 2018 ceremony. The technical components alone make the film a masterpiece to behold and could well tip the scales in director Christopher Nolan’s favor. In the past, avid fans of Nolan have felt duped at the considerably low recognition the director has received. While Inception (2010) and Memento (2000) received Oscar nominations, it is astounding that this giant in modern-day cinema has never received a win. Perhaps Dunkirk will present a more palatable genre for the committee to swallow.

Others threatening the top spot include Steven Spielberg’s The Post, Greta Gerwig’s Ladybird and Luca Guadagnino’s Call Me by Your Name. Spielberg has long been recognised as a man who knows how to tell a damn good story—The Post is no exception. While Spielberg’s ode to journalism plays out beautifully, the titan reputation of the director may in fact lead to his dismissal in order to make way for other directors. Meanwhile, Call Me by Your Name brings something completely new to the table. The coming-of-age love story sees a sensuality that is so very rarely projected onto the big screen. Timothée Chalamet (Interstellar, 2014) gives a truly remarkable presentation of the young protagonist, Elio; a naive and cosmopolitan character who struggles with his sexual identity. Surely this exceptional young talent will be in with a shot for Best Supporting Actor?

While some films seem solidified in the nomination’s list, there are always a few surprises. These dark horses may just steal gold—they certainly have the clout for it. Shape of Water, is one such film to watch out for and may just sneak into the nominations list. Guillermo del Toro’s aesthetic is immediately recognizable in this tale of an unlikely relationship between the mute, Eliza (played by Sally Hawkins) and a sea creature who resides in the lab in which she works. Much like his dark fantasy, Pan’s Labyrinth (2006), del Toro weaves an imaginative story that is surprising and hopelessly romantic. The music subtly nods to that of the 60s era in which it is set, and the visual effects alone should certainly receive a large amount of credit.

Netflix has been trying its damnedest to make its break with its first Oscar nomination, and before now, has failed to do so. But could this year finally see a breakthrough? Screenwriter and director Dee Rees’ latest screen adaption of Hillary Jordan’s novel, Mudbound (published in 2008), is starting to gain some traction. As the title suggests, Mudbound plants us right in the middle of the muck in the rural Mississippi delta. The film’s musical score by debut film composer Tamar-kali has received considerable praise for its authentic Southern tone and synchronization with the movie’s climactic scenes. The blues-tinged notes helps to make the story feel all the more soulful. What really gives Mudbound the dark horse status, in our book, is the phenomenal performance by superstar Mary J Blige. Rees was apparently so sure of her casting decision, that Blige was not even asked to audition. We think it was right on the money in sight of her memorable portrayal of Florence Jackson, matriarch of the Jackson family.

One of the most deliciously surprising movies released this year was Get Out. Not much could have prepared audiences for Peele’s darkly satirical social thriller. Get Out could well be the film to deviate from the Academy’s trend of overlooking the horror genre (although it encapsulates elements of several genres). If nominated, it would also contradict the Academy’s tendency to avoid first-time directors, with the film being Peele’s solo directorial debut. Rather than simply being a narrative filled with scare tactics, this clever deconstruction of society peeks under the genteel façade of American suburbia and reveals what ugliness lies beneath. Daniel Kaluuya’s gripping portrayal of the main character steals the show, which justly earned him a win for Best Actor at the Golden Globes. The performances of his costars Catherine Keener and Bradley Whitford also add to the Stepford Wives-esque feel that the movie radiates. While racial alienation lies at the heart of the storyline, let’s not gloss over the genius way in which Peele decides to express this message. While it is uncertain whether Get Out will manage to win Best Director, Best Actor or Best Picture, it’s certainly got our vote.

A few wondrous feats of cinema inevitably fall through the cracks when awards season comes around. Sometimes they didn’t manage to flourish at the box office or were simply outshined by more recent arrivals—but we believe they still deserve recognition. Stronger (2017) is one such example. The film is based on the true story of Jeff Bauman’s struggle to cope with the amputation of his legs after being wounded in the 2013 Boston marathon bombing. But Stronger massively deviates from the all-too-familiar formula of the “true story”: the ultra-Hollywoodized narrative where the protagonist triumphs over all obstacles unscathed, finishing with a life lesson for the spectator. Technically, the film does slot neatly into the group; however, David Gordon Green (Pineapple Express, 2013) directs Bauman’s account in such a way that marks it head and shoulders above the other films within its category. There’s a real commitment to exhibiting Bauman’s perspective: his struggle with PTSD and his detachment from the hero status he earns himself. It seems highly unlikely that Stronger will make the cut on this occasion but it is worth a view for sure.

Are you excited for the Oscars 2018 awards? Give us your thoughts on our predictions—are they accurate?