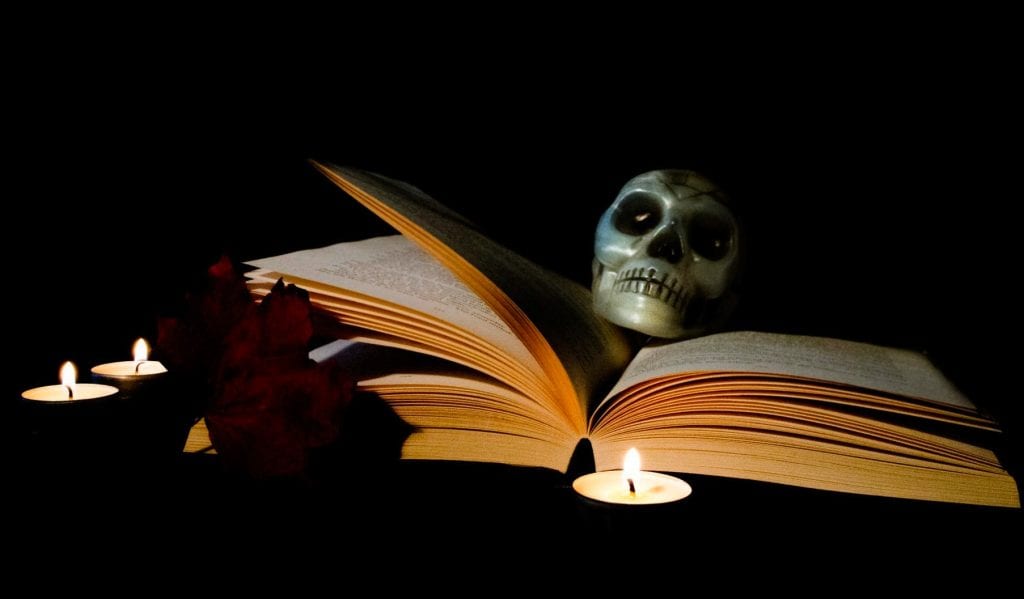 Whilst I appreciate a good jump-scare horror film, nothing can quite beat the many nights spent reading Goosebumps by the light of a friend’s shaking torch that permeate my childhood memories. Stories have been used to scare us since the beginning of time and it’s chilling in itself to realize that just a few words on paper can stimulate a consuming sense of dread.

Halloween is the perfect time to curl up with one of these spooky books—just make sure to leave the lights on.

This dark tale is about a family who discover that their new home is bigger on the inside than it is on the outside—and so much more. Deserving of its cult following, the experimental novel immerses you to fumble blindly over color, footnotes, upside-down text and your own nightmares. The only spoiler that I can give is that the dedication page reads: “This is not for you.”

You may think you have exhausted your tolerance of haunted houses—that is until Shirley Jackson takes you to Hill House. This slow-burning psychological horror was the inspiration for the new 10-part Netflix series and tells the unnerving story of four strangers and their journey into the depths of Hill House.

Interweaving the past and the present, this horror novel follows Malorie and her two young children as they flee to safety. The main problem is that something is outside, and glimpsing it has driven everyone to deathly violence. Blindfolded, Malorie is unable to see what’s following them.

Sharp Objects, Gillian Flynn From the author of Gone Girl, comes an even-more-disturbing thriller. Reporter, Camille Preaker returns to her hometown to cover the murders of two young girls and is confronted by her own, twisted demons. If you’re triggered by cutting you should stay away from this one, though.

It would have been rude not to include Stephen King on this list and Pet Sematary is frequently referenced as his scariest book. Set in rural Maine, the suspenseful, slow burning horror features the Creed family and their recent move to an idyllic home. When the family cat dies, they ignorantly bury it near an old pet cemetery. The ending of this one might just leave you too terrified to turn the page.

In the summer of 2006, six-year-old Aiden fell into a river during a flood and drowned. His body was never recovered. Fast forward 10 years and when Aiden staggers out of the woods, injured and mute, his mother must attempt to reconnect with her son and figure out who took him.

Set in 1954, Shutter Island follows US Marshal Teddy Daniels as he arrives to investigate the disappearance of a patient at Ashecliffe Hospital for the Criminally Insane. The strange case exposes human experimentation, war tactics, a killer hurricane and a protagonist who is left as messed up, disoriented and desperate to figure out the mystery as you are.

This southern gothic suspense novel is beautifully written and haunting. When Hadley returns to her hometown—where she’d witnessed her mother set herself on fire—she discovers that her family is surrounded by dark secrets. This book deals with several forms of abuse and trigger warnings include: rape, incest, domestic abuse and child molestation.

If you like to be kept guessing, this spooky mystery is for you. Emma remembers her days at Camp Nightingale, playing two truths and a lie with her friends—until they all went missing. When she is asked to return to the camp as a painting instructor, Emma discovers that all is not as it seems. Her past and present collide as she seeks to discover the truth.

Hocus Pocus and the All-New Sequel, A W Jantha

Did you know that Hocus Pocus the book and a brand new sequel were released in July this year? You’re welcome.

Further reading: The Most Haunted Universities in the World