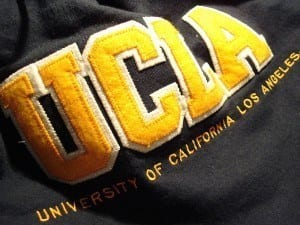 But they’re still on the waitlist.

A UCLA admissions mistake had 894 high school students believing they were in. Unfortunately, they were only on the wait-list.

UCLA apologized for the confusion, which apparently stemmed from an email notice sent to both newly admitted and wait-listed students. The notice included a link to a revised financial aid letter informing the wait-listed students that they were, in fact, still waiting.

“We realize this is a particularly stressful time for students and parents as they try to make decisions about where they go to college,” UCLA spokesman Ricardo Vazquez told Reuters on Wednesday, “We were aware of that and we apologize.”

The UCLA admissions mistake is not the first for the University of California. In 2009, UC San Diego sent acceptance letters to 28,000 high school seniors who had been rejected. That mistake was caught within a few hours. UC Santa Barbara also accepted 60 students who were supposed to be on the waitlist in 2010.

2012 is the first year UCLA has had a waitlist option for students who are not immediately accepted. Approximately 2,900 students are currently on that list.

Those affected by the UCLA admissions mistake may still have another chance to get into the school—although will they still want to? Accepted students have to submit their intention to register by May 1. Any openings after that date will go to the waitlist.