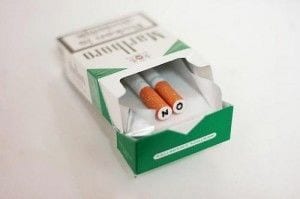 Menthol cigarettes, according to a recent scientific review by the Food and Drug Administration, likely pose a greater public health risk than regular cigarettes. While the FDA did not propose an outright ban on menthol cigarettes, it is seeking public opinion and furthering its research before placing restrictions on the minty alternatives.

This report comes as a follow-up to a 2009 law that allows the FDA to regulate tobacco products. That bill led to the banning of other flavors of tobacco, and opened up the door to study and discuss the banning of menthol cigarettes.

In 2010, an FDA advisory panel released a report that said that menthol cigarettes make it easier to get hooked and more difficult to quit, and stated that “removal of menthol cigarettes from the marketplace would benefit the public health in the United States.”

While this panel clearly sees the health implications, it fails to explore the economic stipulations of banning menthol cigarettes, which currently make up about a quarter of cigarette sales in the United States.

“The evidence unequivocally shows that the result [of banning menthol cigarettes] would be a dramatically larger illegal cigarette market than currently exists,” a report by R.J. Reynolds Tobacco and Lorillard Tobacco, maker of Newport, stated. “As a result, there also would be severe negative impacts on public health, including exposure of smokers to more harmful contraband cigarettes, increased access of youth to tobacco, increased criminal activity particularly in urban communities, reduced government revenues and loss of jobs.”

The discussion will continue for the next two months while the FDA seeks input from the health community, the tobacco industry and others regarding possible restrictions on menthol cigarettes.