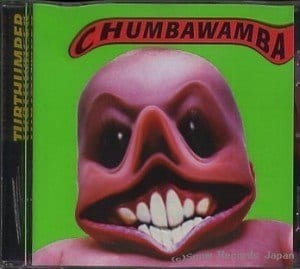 The British band hit it big in the U.S. with its infectious 1997 hit “Tubthumping”

Chumbawamba has split. The anarchistic pop-punk band that has amassed a large international fan base outside of the U.S. but has garnered little acclaim outside of their 1997 hit, Tubthumping, in the U.S. will call it quits after 30 years of rocking.

The British band that many Americans may consider a “one hit wonder” has actually released over 15 albums during their three-decade long career. According to The Guardian, the band released their final album this January and will play a series of concerts this year before splitting for good.

“Thirty years of being snotty, eclectic, funny, contrary and just plain weird. What a privilege, and what a good time we’ve had,” wrote the band.

“That’s it then, it’s the end. . . . With neither a whimper, a bang or a reunion. Thirty years of ideas and melodies, endless meetings and European tours, press releases, singalong choruses and Dada sound poetry, finally at an end. . . . We felt we’d got to a point where what we did as a band – and specifically the writing, recording, touring cycle – wasn’t doing justice to what Chumbawamba set out to do in the first place. . . . Eventually the rest of our lives got in the way and we couldn’t commit the time and enthusiasm that the band demanded.”

Chumbawamba’s hits include the singles Tubthumping, Amnesia, Enough is Enough, Timebomb, Top of the World (Ole, Ole, Ole), and Add Me.