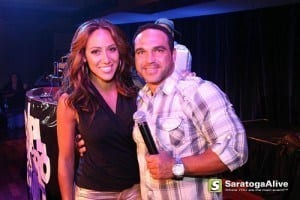 Melissa Gorga of “The Real Housewives of New Jersey,” has published a book, “Love, Italian Style,” which has garnered much attention—mainly for its unbridled and blatant promotion of marital rape and archaic expectations of spousal engagement.

Gorga and St. Martin’s Press are calling the book which aims to teach those who are married how to maintain a “sexy and hot” union. This is where it gets dicey, as Gorga’s idea of a hot marriage involves being constantly and readily “available” for a husbands sexual urges, even if one is “not in the mood,” or “exhausted.”

Perhaps the most egregious thing to grace the pages of Melissa Gorga’s book is an excerpt from her husband, who is evidently much experienced with the raping of one’s wife, as he states: “If your wife says ‘no,’ turn her around, and rip her clothes off.” Supposedly, she “wants to be dominated.”

Have we regressed to the 18th century? In today’s households, is a wife’s role purely deferential to her husband and his needs? In the Gorga house, the answer is yes, apparently.

Melissa Gorga herself does not find rape to be so astonishing. She thinks her readers will be most shocked to find that Joe, her husband, “doesn’t know I poop.” Shocking, indeed.