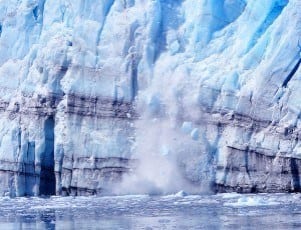 Just how much do we know about these so called “facts”?

Recently, an article was published on the College News website which claims to debunk the man-made climate change “myth”. As a fair and transparent news outlet, it is important to College News that dissenting opinions, differing viewpoints, and alternate takes on controversial topics are presented alongside the majority, and/or conventional wisdom as it currently stands. It is up to rational argument and debate to weed out those dissenting opinions/alternate viewpoints which are not consistent with reality—as well as those that are.

First and foremost, the “climate-change skeptic” philosophy really did not exist until the early 1990’s, prior to which, the republican party actually did acknowledge the reality of man-made (anthropogenic) climate change. But they approached the problem differently: using cap-and-trade, which is actually the democrats’ current approach to the issue.

Over the next decade or so, oil and coal companies would spend almost a hundred million dollars in a massive disinformation campaign that would lead to the current “hoaxer” movement and all its various branches. Among the most common assertions made by climate skeptics (and among the most crucial to sustaining their argument) is that there is no consensus within the scientific community that anthropogenic climate change is real. This is of course blatantly false, for reasons which will be examined a little later on.

But what exactly is the motivation behind the virulent denial of anthropogenic global climate change? There are numerous different reasons; some make more sense than others, such as not wanting to pay environmental fines or not wanting to adhere to ever-increasing regulations… But they all have one thing in common: none of it matters when there’s nothing for us to eat, drink or breathe.

However, in this particular instance, the article I’m responding to offers far more bat-shit absurd reasons. Let’s examine each one, in depth:

After pointing out that the Intergovernmental Panel on Climate Change (IPCC) reported an annual increase in CO2 levels since the Civil War era (i. e. industrial revolution), the author then claims the data is accompanied by a “lie” and “imposed guilt”. The lie and imposed guilt being: the well-established fact that releasing carbon dioxide into the atmosphere will cause a warming, greenhouse effect.
He says, “there is no consistent peer reviewed scientific research that establishes a cause and effect relationship between increased atmospheric CO2 and higher global temperatures.”
This is quite simply incorrect. Not only has the past decade, year, and month all been the hottest on record, but there isn’t even a debate going on—on either side of the aisle—about whether or not releasing CO2 into the air will warm the atmosphere. That’s not even a political issue; that’s well-known science; a fact of physics that has been politicized.
We can see the effect of an exaggerated global warming if we just observe Venus. Its surface temperature is 462* C (864* F), despite being 31.26 million miles further away from the sun than Mercury, which has a surface temperature of 427* C (800* F). Why? Because Venus’ atmosphere is composed of 96% carbon dioxide. The CO2 traps the electromagnetic radiation it receives from the sun, instead of it being able to radiate into space. Mercury, on the other hand, has cooler surface temperatures than Venus whilst orbiting at half the distance because it has barely any atmosphere at all to trap incoming radiation. There doesn’t even need to be a peer-reviewed consensus about the cause and effect relationship between CO2 levels and global temperature (even though there is), since the relationship can be seen and demonstrated already.

A paragraph full of accusations and assertions followed by a supreme lack of any examples to illustrate or verify such claims. The author blithely asserts, “the AGW [anthropogenic warming] hoax lacks any basis in independently verified science.” That’s interesting. So the 97% of the 12,000 or so peer-reviewed papers that take a position in favor of man-made climate change are, “not based in science,” while the 3% not in favor, are based in science? That doesn’t seem very plausible. More about this here: http://www.skepticalscience.com/global-warming-scientific-consensus-advanced.htm
He then mistakenly interprets the media as using “strong-arm” tactics to “promote [the ‘alarmists’] agenda” when in reality the media is divided almost down the middle on the issue, or at the most, slightly in favor of anthropogenic climate change. Fox News denounces global warming almost as often as Lindsey Graham obsesses over Benghazi. CNN insists upon having both sides equally represented; inaccurately portraying an even debate within the scientific community. MSNBC can almost be thought of as the occasional fact-checking equal opposite to Fox News, while satirical news shows like the Colbert Report and the Daily Show do regularly mock climate-deniers, as they rightly should. There is not, by any means, unanimous support of anthropogenic global warming throughout the media.

This is where the talking points get too Alex Jones-ey for even the most steadfast anti-global-warming politician holding public office. According to the article, the environmentalists are tools of the unseen globalist elite, who have been deceived and subconsciously coerced into working for and advancing their agenda of: you guessed it, imposing a one-world Marxist socialist government. Yes, that’s correct. Environmentalism leads to despotic, big brother-esque, one world Marxist socialist governments. Need I say more?

“The Hidden Agenda is Global Government”

This section essentially expands upon the theme of the previous paragraph, but it deals more with the role of the scientists in this ‘Whole New World’ (or is it New World Order?) narrative.
False claim number one: “Some of the key scientists in the AGW movement falsify historical temperature data to make it conform to their agenda.” Again, an assertion made with no supporting context. Moreover, historical data really isn’t essential to demonstrating that earth’s global temperature is rising. If you’re really determined not to believe the scientists, you can simply take cues from nature. Animals are migrating at different rates and their paths have shifted; plants are sprouting further north than ever before because they can now sustain the warmth; polar ice caps and glaciers are melting—the latest and most damning of which, the west antarctic ice sheet, has been found to be “unstable” (http://www.nasa.gov/jpl/news/antarctic-ice-sheet-20140512/#.U3rJvV60Zg0); ocean levels are rising, heat waves are becoming more common, and hurricanes and tropical storms are growing in intensity.
False claim number two: “Global warming alarmists silence climate change critics.” As a matter of fact, open debate on this subject is welcomed, since there are mountains of evidence on our side and we know we’ll win pretty much every single debate. The problem arises when big oil injects propaganda and disinformation into the general public’s sphere of limited-information reality, while lobbying for fewer and more lenient regulations, resulting in an ever-increasing rate of CO2 emissions alongside a mass-delusion that we aren’t the cause of global climate change—or that it’s not even happening at all. This delays our ability to do something about it and that’s why continuing to debate this subject is a costly waste of time. There comes a point when the debate is just over.

I’m going to skip over “Who are the supporters” because it’s pretty much more of the same NWO conspiracy globalist elite nonsense from the “taken advantage” section.

“Science of Fear” and “Two Reasons to Use Fear”

The author contends that scientists and “global warming alarmists” use fear tactics such as, “putting images in our mind of melting polar icecaps, dramatic rises in sea levels, increasing global temperatures,” you know, the exact stuff that we’ve observed happening over the past 20-30 years. There is no doubt that the implications are frightening. But that is no reason to buy into an overly-complicated story about powerful men who have engineered a crisis to exploit a fearful population. The idea is that scientists and the media would cultivate the public’s fear in the end of the world to allow those evil totalitarian liberals to impose a carbon tax on us all, which would then be expanded to apply to anything that emits even the smallest amount of CO2 (meaning virtually everything), thus making our very bodies taxable. Add one world bank, add one world government, add a tax on every living human, globalist elite laugh all the way to the bank, etc, etc, you get the idea.

“Where does the money come from?”

In his final paragraph, the author attempts to put the final nail in the coffin for supporters of anthropogenic climate change, when he says, “While the globalist elite control the money, the pseudo-science, the numbers involved can be made to say anything they want.” Ah, so my numbers aren’t legitimate, but your numbers are air-tight! And it doesn’t even matter what new data or evidence comes in because all that “research” is just manipulated by the globalist elite to say whatever they want it to, right? Actually sir, all that amounts to is an unfalsifiable hypothesis. Just one more drop in an ocean full of other ridiculous drops, like denial of the holocaust, the faked moon landing, bigfoot, 9/11 demolition theory, and god(s) and goddesses from any time period.

In Summary, the effect of burning coal and oil is not a political issue; it’s physics that has been made political in order to serve the interests of the oil companies. Occam’s Razor, ‘entities must not be multiplied beyond necessity’, or in simple terms: the simplest outcome is the most plausible. Does it not make perfect sense that the people who would lose billions of dollars to clean energy and environmental regulations in the face of overwhelming scientific evidence in favor of climate change would seek to discredit that theory at great cost? It’s so simple and straight forward; ‘we have to discredit this, otherwise we lose money’. As opposed to: the climate is actually not dramatically changing—and 97.1% of scientists from 1991-2011 have been paid off by the globalist elite to falsify that heaping mountain of evidence intended for creating mass public terror, to get public support for a carbon tax, which would be imposed using a Marxist socialist world government that will have taken over the entire earth thanks to the power of environmentalism. Meanwhile, the actual observed melting glaciers and frequent heat waves and prolonged droughts and shortage of the world’s grain production are just all completely normal.

Right, I think this article is pretty much debunked.