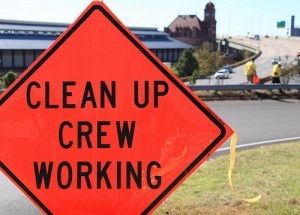 The Ku Klux Klan filed a lawsuit against the state of Georgia because the group’s application to pick up litter as a part of the Adopt-A-Highway program was denied. The KKK claims that the state violated the group’s right to freedom of speech. The American Civil Liberties Union filed the lawsuit on behalf of the KKK last month.

Georgia claims that state agencies cannot be tried by citizens due to sovereign immunity. The state cannot legally commit a wrong and thus cannot be sued. The state of Georgia also claims that the KKK missed the deadline to file the suit.

According to a report by the Associated Press, “The International Keystone Knights of the KKK in Union County applied in May to the state’s Adopt-A-Highway program, hoping to clean up along part of Route 515 in the Appalachian Mountains.” Who knew the KKK was striving to become more environmentally conscious? Georgia claims their permit was denied because of the 55 mph speed limit, making it ineligible for the Adopt-A-Highway program. Although, I’m sure drivers seeing KKK members casually picking up litter on a highway might pose as a small distraction as well as a safety hazard.

The KKK also had a denied request for an Adopt-A-Highway permit in 2001 in Missouri. However, their permit was denied for different reasons. The KKK had the United Supreme Court rule in their favor against Missouri after the state denied their request due to the organization’s history.