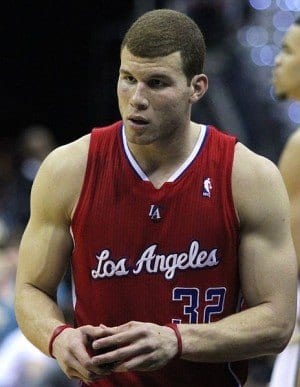 Smith thrown out of the game with a Flagrant 2 foul

Jason Smith, of the New Orleans Hornets, took out L.A. Clippers Blake Griffin just as he was ready for a lay-up. Jason Smith was running behind Griffin when Griffin rounded in to the basket, but Jason Smith kept running straight and knocked into Griffin, shoulder first, sending Griffin flying. As soon as Jason Smith clocked Blake Griffin, he immediately put his hands up in an attempt to silently plea that he had done no wrong but continued past the basket where former Hornet’s player Chris Paul charged after Smith, pointing his finger and yelling at him. Two referees and other Hornet’s players made an attempt to protect Jason Smith while another referee watched the replay to make an accurate call.

Jason Smith made it to the Hornets bench while the L.A. broadcasters took viewers through the incident, comparing it to football, stating, “It’s like a linebacker taking out a tight end who doesn’t see it coming. There’s just no place in the NBA for a play like that.”

Jason Smith was ejected from the game after the referees ruled the foul a Flagrant 2. On his way to the locker room, Smith was met with cheers from fan.s and he raised his hands in triumph in response. The L.A. broadcasters took notice of the inappropriate cheering, saying, “They should know better, especially here in New Orleans when they have all sorts of bounty problems with their football team.”