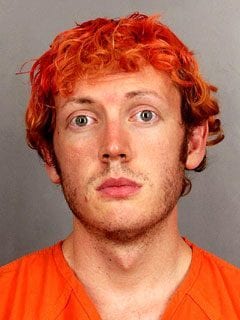 Holmes dropped out of his doctoral program

James Holmes, the alleged gunman behind the Colorado shooting during the premiere of The Dark Knight Rises that killed 12 people and injured 58, is now being accused of buying a gun on the same day he failed a key exam for his doctoral program.

Law enforcement officials are still searching for a motive behind the Colorado shooting massacre, and experts are saying James Holmes, 24, might have an “underlying mental illness that was triggered by the stress of failure.”

Holmes is currently being held in solitary confinement as authorities are continuing to investigate Friday’s shooting.

Holmes was arrested almost immediately following the shootings incident, where he was found holding several weapons, including the high-powered rifle he bought from a gun shop on June 7, the same day he failed his oral exam at University of Colorado – Denver, where he was currently in the Ph.D neuroscience program.

Holmes was said to be a high-performing student and had even received a grant from the National Institutes of Health.

Still, the pressure to perform well might have triggered James Holmes’ shootings.

“All of those things could actually make dormant schizophrenia come out, and come out relatively quickly,” Marisa Randazzo, a psychologist who studies targeted violence told ABC News in an interview.

Law enforcement officials said Holmes had begun buying weapons and ammunition for the guns months before the attack.