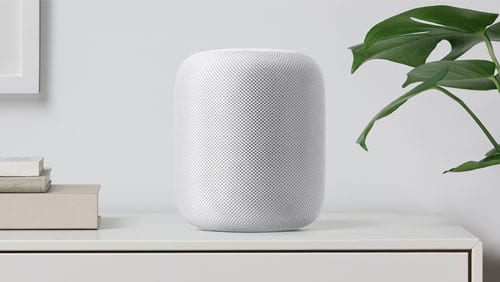 On Monday 5, Apple launched an exciting range of new products and features at the Apple Worldwide Developers Conference 2017

Apple products are here to stay. Their consistent software updates and product performance hooks the buyer every time, so why wouldn’t you want to know about the latest upgrades coming to your favorite gadget? The Apple WWDC 2017 provided you with all of that vital information in its annual showcase of new software and technology.

Apple is known for showmanship, both in its announcements and in the products themselves. As ever, everything we’re going to tell you about is sleek, snazzy and a little bit sexy (don’t judge us.).

The featured product at the Apple WWDC 2017 launch was the HomePod— think of the Amazon Echo but much shinier and with your old pal Siri built-in and ready to go. The speaker comes in “space gray” or white and is primarily being launched as a music system with assistive capabilities (i.e. Siri).

So what key features does the HomePod come with? First, it has been designed to track spacial awareness and detects the size of the room you are in and adjusts its output accordingly. CEO Tim Cook offered the opinion that no company had quite nailed the smart speaker yet—throwing some subtle shade at Amazon and Google there Tim? Surely not. Tim came into proceedings with a knowing confidence stating that Apple had already re-invented portable music and now it was time to reinvent wireless music throughout the home. A bold statement indeed, but to be fair, he has achieved this prior to the latest release.

Similarly to Amazon Echo and Google Home the device will also be able to send messages, receive updates on news, sports and weather, have a chat with Siri and control smart home devices which are connected using Apple’s HomeKit.

Priced at $349, the HomePod is likely to take a fair bit out of your college fund so make sure to get your spending in order before you hand over your plastic for this technological delight.

The iOS 11 brings with it a variety of new features that are sure to set the minds of Apple fans racing. Some of these include:

• Apple Pay has now been integrated into your phone allowing you to send money to friends who also have iMessage.
• Upgraded camera features—including stabilization for portrait photos, true tone flash and HDR.
• New effects added like “loop” and “bounce” (much like those recently added to Snapchat and Instagram)
• A “Do not disturb while driving” feature.
• Upgrades have also been made to commonplace features such as the AppStore, Apple Maps, Apple Music and Apple News.

iPad & iPad Pro: Also announced at the Apple WWDC 2017 was the new makeovers of the iPad and iPad Pro. The iPad is now 10.5 inches, and the iPad Pro is 12.5 which both cut down the borders by almost 40 percent.

Other enhancements that those with an attention for detail might notice is the improved retina display which, with their new ProMotion technology, helps users with using the Apple Pencil.

These new iPads are faster than most PC laptops with something called an Alox fusion chip built in to achieve such capabilities. This will be perfect for those of you who photo edit, render 3D images or maybe just play games when you probably have something more important to do.

There are also a few iOS features that have been added especially for iPads:

• The new customizable dock gives you more control over your many multitasking needs.
•  The new File App allows you to integrate external applications such as Dropbox and Box along with the built-in iCloud server.
•  Notes now allow you to scan documents directly into your iPad.

Are you caught up with Apple WWDC 2017? Let us know your thoughts.

You might also enjoy: 7 Books you MUST Read While You’re Still in College