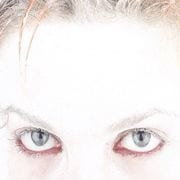 A new study has found that teenagers who identify as gay or bisexual have higher risks of developing an eating disorder than heterosexual teens; more specifically, bingeing and purging. According to Reuters, the study says that symptoms can start at the age of 12.

Even though there have been studies in the past that found the correlations between sexuality and the development of eating disorders, there is less known about whether there is a causal relationship or not.

The new study was conducted by researchers at Harvard University and Children’s Hospital Boston. In it, researches looked at data from a U.S. survey of nearly 14,000 12-to 23-year-olds to see if there is indeed a connection between sexuality, and bingeing and purging.

Results from both male and female groups show higher rates of binge-eating when the person identifies themselves as gay, lesbian, bisexual, or “mostly heterosexual,” according to Reuters. At the same time, the rates for purging, using methods like vomiting or abusing laxatives, were also higher.

The outcomes of the study were published in theJournal of Adolescent Health. Lead researcher S. Bryn Austin told Reuters via email that “We found clear and concerning signs of higher rates of eating disorder symptoms in sexual-minority youth” as compared to their straight peers.

With males, on the other hand, the respondents who identified as homosexual had the largest connection. The study shows that gay boys are seven times more likely to binge and nearly 12 times more likely to purge their food than straight boys. Bisexual and mostly heterosexual males also reported higher tendencies, anywhere from three to seven times the risk.

According to Reuters, the researchers said that their findings do not necessarily explain why gay and bisexual kids have higher risks of having an eating disorder, but they said that past research does help.

Austin reportedly also said that gay teens are often “treated like outsiders” within their own family and friends. They too will often face bullying, harassment, and exclusion.

“This kind of isolation and victimization can take its toll on a young person,” Austin said to Reuters, “and one of ways it can play out is in vulnerability to eating-disorder symptoms and a host of other stress-related health problems.”

Austin also explained how important the role of families is as a support pillar, especially since there is still a negative attitude towards homosexuality and bisexuality in today’s society.

She said that it is “incredibly important for parents and other family members to reach out” so that the teens know that their families love and support them.