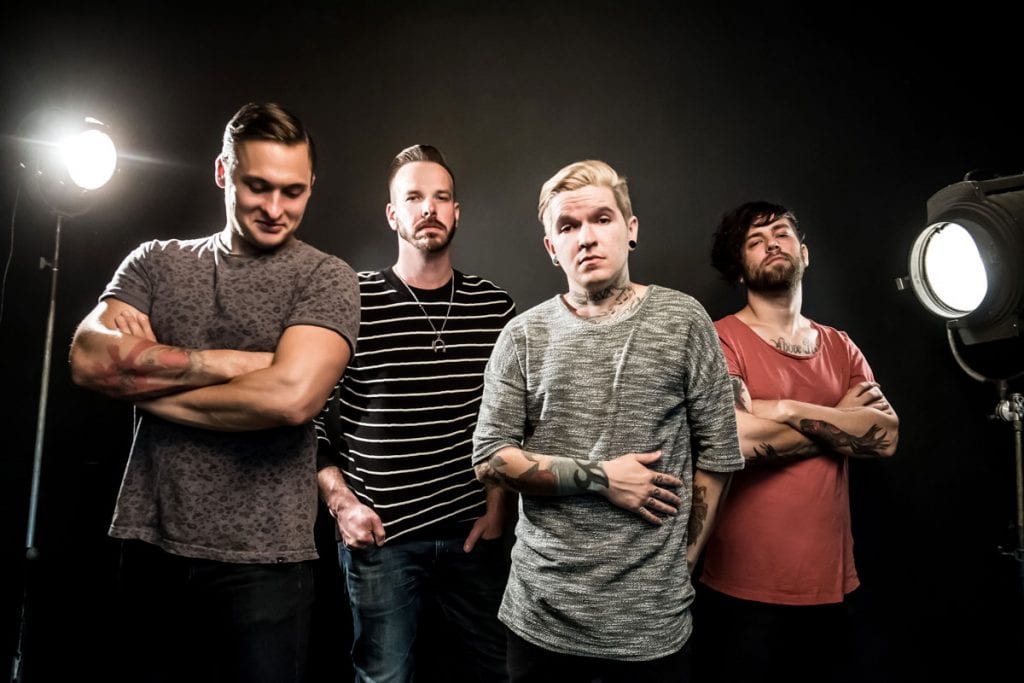 From a basement in Nashville to a breakout Lil’ Wayne cover, three studio albums, tours of the world and a final show in 2015, Framing Hanley are back on the rock scene and sounding better than ever. Calling it a career after ten successful years, the band have since found their voice again, almost by accident—or fate. Lead singer and songwriter Kenneth Nixon spoke to us about FH’s journey and upcoming album, his struggle with depression and how rock n’ roll is still a huge part of his life.

COLLEGE NEWS: After the announcement that the band would split in 2015, Framing Hanley have made a remarkable and unprecedented comeback in 2018. Could you tell us a bit about how you came to the decision to reunite and what kind of year it’s been as a result?

KENNETH NIXON: After about six months or so of being disbanded, Ryan and I started writing together again for what was originally going to be a new project entirely. That’s where our upcoming album title Sumner Roots came from; it was the name of our new project. I had gravitated toward more roots country/Americana/singer-songwriter stuff. However, as time went on, so did the gain knob on the amplifiers. We realized after a short time that we were writing Framing Hanley songs again—which didn’t come as a surprise, being the two main songwriters through the history of FH. We thought it would be silly to brand it as anything other than what it was: more Framing Hanley.

CN: You have also just released the second single, Baggage Claim, from the much-anticipated new album. How has the response been so far?

KN: I think people are digging it. It’s a little different from what people have come to expect from Framing Hanley, I know that much. It’s one of my absolute favorite songs we’ve ever released. It’s funny because, while it’s a “relationship” song on the outside, it’s actually about our relationship with the music industry. Trying to walk away but there’s that allure—that stranglehold even—that always draws ya back.

CN: How would you say your sound has evolved and changed over the years?

KN: I always said I wanted our albums to sound like our band continued to evolve with every album we released. So, while the change is there, it’s been natural, and I think has a lot to do with always taking inspiration from what we like listening to. We’ve never been a “well we have to do this because everyone else is” band.

CN: You have spoken openly in the past about your struggle with depression. Could you tell us a bit more about that? Do you have any advice for readers going through something similar?

KN: When your identity as you know it is gone after a decade, it takes a toll on you, that’s for sure. I think there’s a dark place the majority of us get to in our lives, for different reasons. Fortunately, some never have to deal with that. Music was always what helped me write out what I was going through as a form of therapy. When that was gone, it was all bottled up and I didn’t know how to rid myself of it. I went to my doctor; they put me on pills, and holy hell that got scary. To know that there was a medicine that I was depending on to make myself feel happy again…I hated that feeling. I wanted to know that I had that control over myself, so I tossed the meds and started working on me. I picked up a guitar again…picked up a pen again. I spent time with my family more. Instead of just being in the room, I was actually “present.” Let me tell you something, witnessing the innocent laughter of adolescents will do wonders for your own happiness. My kids are all I needed to bring light to that dark place in my life. Before, I was a prisoner in my mind and had blinders on to what was going on around me. For me personally, it simply took embracing the blessings in my life to get out of that. Unfortunately, depression isn’t a one-stop shop. There are people who have it much worse than I did. Ultimately, I just didn’t want to depend on pills to make me smile. Because that’s a very scary line, I think. I’ve talked about that in more detail so I’ll get off my soapbox now—that’s what the song Puzzle Pieces is about.

CN: What do you and the rest of the band like to do in your down time to relax in preparation for a big show or tour?

KN: Well—outside of spending time with my family and watching my three boys grow—when it’s football season, you’ll find me glued in front of a television watching football all day. It’s been a rough six months for ya boy though, as a Jacksonville Jaguars fan. We’re all pretty avid video gamers. Me, not as much as I used to be because my six year old is always on my PS4, but FIFA, NHL…we’ve been known to rock some tournaments on the road to kill time.

CN: And finally, if you could collaborate with any artist (alive or dead), who would it be and why?

KN: This is a tough one. I’d say a collaboration with Simon Neil of Biffy Clyro, Jason Isbell, and Ryan Tedder of OneRepublic would make one hell of a song. I love all three of those artists (I’ll go to my grave saying that Jason Isbell is the greatest songwriter of my lifetime). So yeah, that would be a dope collab.