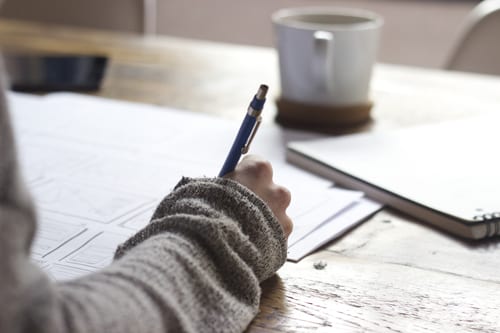 “It is foolish to fear what you cannot avoid”—Publilius Syrus

Fear of failure stunts the personal and professional growth of many students across the country. Instead of trying that which pushes us out of our comfort zone, some of us are more inclined to push it to the side, procrastinate and forget about it. But why do we do that?

Many psychological barriers that halt action tend to stem from our early years and those first experiences we have—this can include the fear of failure.
Look into the past, way back to those early years at school, where one was praised for being exceptional academically and condemned with a big fat ‘F’ on the page if you did anything but. Consider how different you may feel, present day, if your efforts were praised and not just your achievements. Failure would seem a step in the process of trying, instead of that demon you’ve spent most of your life trying to avoid whose occasional grip sends you into the depths of despair. Fear of what others might think of you takes over.

The fear of failure can be quite crippling, actually, and I think anyone reading this might have a similar opinion. When I got the results of exams I took previous to going to college, I saw that I had failed one. I failed and thought that was the end of my life as I knew it—

“Everyone I know would surely be talking about how dumb I am!”

“Oh, such a catastrophe!”

Then this happened: I tried again and life moved on.

The truth is, failure is an integral part to being human and everyone you know has dealt with it and will continue to deal with it throughout their lives. What sets those who are successful apart from those who are not (but have the potential to be), is how one perceives “failure”.

If you think of the success of Harry Potter, it’s hard to believe that J.K Rowling had ever failed at anything. Her manuscript was rejected by 12 publishers before being picked up by Bloomsbury publishing.

She says, “I am not going to stand here and tell you that failure is fun. That period of my life was a dark one, and I had no idea that there was going to be what the press has since represented as a kind of fairy tale resolution.”

Now America’s favorite, Oprah was once fired from her job as an anchor on television but bounced back, now being an estimated worth of $2.9billion.

A small but effective tip for tackling fear of failure, is to consider:

When your perception of failure is turned on its head by thinking about the positives as opposed to the negatives of such, wonderful things begin to happen. Failures are recognized as lessons and steps to success, instead. Go forward and think differently about what it means to “fail”, not only for your sanity throughout college, but for those years post education, too.