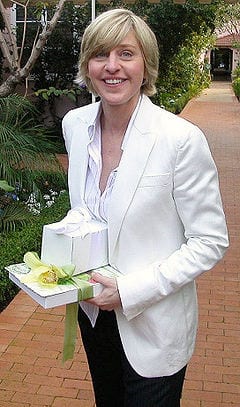 As the U.S. pledges more funding to preventing the spread of AIDS, actress and TV personality Ellen DeGeneres has been named new special envoy to raise global awareness about the life-threatening disease.

The Obama administration has announced $60 million was added to funding to fight AIDS transmission in sub-Saharan Africa, according the Associated Press. Secretary of State Hillary Rodham Clinton says the money will help scale up and assess new prevention strategies.

Clinton added that DeGeneres will “bring her sharp wit and big heart, and her impressive TV audience and eight million followers on Twitter” to support U.S. efforts to save the lives of those suffering from HIV/AIDS.

Prevention methods will drive infections down, making treatments available to more people, said Clinton. AIDS, which Clinton referred to Tuesday as “the worst plague of our lifetime,” has killed 30 million people around the world and 34 million are living with HIV today.

DeGeneres’ “The Ellen Show” on CBS is currently being filmed in Nashville, Tenn, and the actress was unable to attend the National Institutes of Health’s Masur Auditorium in Bethesda, Md.

Regardless of her absence, Clinton said, “I know we can look forward to many contributions from Ellen and her Loyola fans across the globe.”