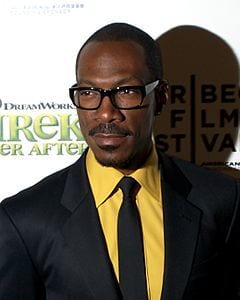 Less than 24 hours after director Brett Ratner resigned from his Oscar producing-role after receiving harsh press for using an anti-gay slur, Eddie Murphy has followed suit.

The actor and comedian stepped down as host of the 84th annual Academy Awards Wednesday.

Ratner and Murphy’s unexpected departures have left the Academy scrambling to find a replacement team less than four months before the ceremony, one of the more elaborately staged on television.

Ratner, who was named Oscar co-producer on Aug. 4, resigned Tuesday morning because of the anger sparked by his public anti-gay slur, followed by a distasteful discussion of his own sexual habits on Howard Stern’s radio show.

Murphy followed Ratner, his friend and director of his recently released film, “Tower Heist,” on Wednesday.

According to the New York Times, Murphy said, “I was truly looking forward to being a part of the show that our production team and writers were just starting to develop, but I’m sure that the new production team and host will do an equally great job.”

Academy president Tom Sherak said, “I appreciate how Eddie feels about losing his creative partner, Brett Ratner, and we all wish him well.”