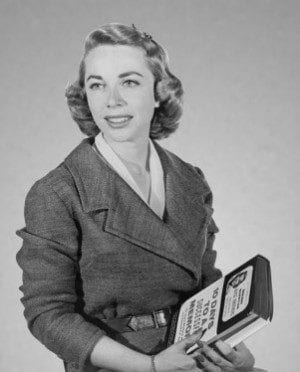 Dr. Joyce Brothers had an unparalleled career and she paved the way for many of today’s television advice shows. Dr. Joyce Brothers’ career began after receiving her bachelor’s degree from Cornell, as well as her Ph.D. in psychology from Columbia. She began teaching at Hunter College and never had any intention of becoming a media sensation. However, Dr. Joyce Brothers and her husband, Milton Brothers, struggled to make ends meet for their small family. It was during this time that Dr. Joyce Brothers decided to compete as a game show contestant, hoping to ease her family’s financial strain.

Dr. Joyce Brothers competed on “The $64,000 Question,” a popular television program that quizzed contestants in a category of their choosing. Dr. Joyce Brothers is the only woman to have won the top prize and in doing so, inadvertently kick-started her media career. She quickly became a talk show fixture and the co-host of “Sports Showcast.”

In 1958, NBC offered Dr. Joyce Brothers a trial-run on an afternoon television show where she advised viewers on marriage, love, raising children and of course, sex. The show was a ratings success and led to a nationally-syndicated program as well as her notorious late-night show that addressed taboo topics.

Dr. Joyce Brothers also had her own radio call-in show, an advice column in “Good Housekeeping” and appeared as herself in several movies over the last few decades. Despite criticism that she treated patients without knowing their histories, Dr. Joyce Brothers often helped people, even keeping suicidal callers on-line with her until their phone numbers could be traced and local authorities dispatched.

Dr. Joyce Brothers turned what should have been a one-time stint on a game show into one of the most prolific careers of the last century. All 15 of her published books are still in print and her impact on psychology and modern media won’t soon be forgotten.