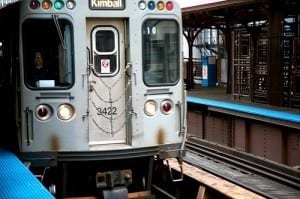 The Chicago Transit Authority has reason for such obvious admonitions

Chicago Transit Authority is now warning riders not to jump onto the train tracks to retrieve their mobile devices.

This is not a joke. Riders are risking their lives for the sake of their phones, and this absurdity is no new practice. Cell phone death-jumps are steadily increasing in frequency—350 people were reported to have willingly put themselves in death’s grasp this year. Fatalities are also rising—in 2011 there were 9 train-related deaths, while in 2012 there were 11.

Not all are a result of direct train impact—the third rail is highly electricized, pumping out 600 bolts of electric current. Chicago Transit Authority workers urge riders to avoid flinging themselves onto such surfaces—they ask riders to seek help from a CTA employee.

The CTA’s new ads centered on the prevention of said casualties are snarkily sarcastic and almost sound like taunts—“You can live a few minutes without it for a few minutes.” And, “Don’t worry, its coming.” Maybe such farcically chilling warnings will be effective—I’d sure think twice about potentially leaping to my death after reading those.