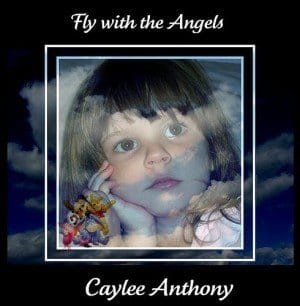 That’s one way to get money: sell your dead daughter’s belongings

I don’t know what could be more disgusting than George and Cindy Anthony, Caylee Anthony’s grandparents, selling Caylee’s possessions in a garage sale.

Caylee Anthony was the daughter of Casey Anthony, who was found not guilty in 2011 of first-degree murder during a trial connecting her with her daughter’s murder in 2008.

It was suspicious when Anthony didn’t report her missing daughter until a month after she disappeared. Remains were later found of Caylee Anthony near the home in December of 2011. And on July 17, 2011 Casey Anthony was released from jail.

The only possible explanation of this horrific act of selling her daughter’s precious belongings is that Casey Anthony is really in need of money—especially now that she owes $800,000.

But whether selling her daughter’s clothing, toys and other (what should be) sentimental items will make the difference, that’s a whole other issue.

A curious driver, Christina Werner, first spotted the occurrence while driving past the grandparent’s house.

“When I pulled up, they were taking tarps off the yard sale items that were covered due to the rain,” Werner said to Radar Online. “I immediately noticed the two white canopies over the yard sale tables because they looked like the tents used in the search for Caylee.”

While she doesn’t know what she’s going to do with the items, she bought purses belonging to Casey Anthony, a children’s travel set and teddy bears. Hopefully something at least half-decent.