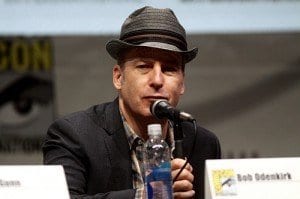 “Breaking Bad,” everyone’s favorite meth-drama, is set to continue on past its September 29 season finale. Sony Pictures and AMC are teaming up with the creative team of “Breaking Bad” to create a Saul Goodman spinoff.

The new spinoff will be a prequel to the “Breaking Bad” series titled “Better Call Saul.” The show will follow the life of Saul Goodman (Bob Odenkirk) before he became Walter White’s (Bryan Cranston) attorney.

Critics and druggies alike will likely rejoice at the news. The final season of “Breaking Bad” has seen record viewers, nearly six million per episode. “Breaking Bad” also set a Guinness World Record as “The Highest Rated TV-series.” Based on MetaCritic’s scoring system, “Breaking Bad” received a score of 99 out of 100.

It is unclear when the new “Better Call Saul” prequel will begin filming. Expectations are set for 2014, but networking and TV deals must first be met before pre-production can begin.

The prequel is sure to bring in millions of viewers; mostly tagalongs from the parent show. “Better Call Saul” is unlikely to pick up any new viewers, but it will surely fare better than anything else AMC might have put in its place. It will be difficult for the spinoff to live up to the enormous hype set by its followers.

As happens with spinoffs, some critics have already come out against the prequel for obvious reasons. Can the show stand on its own without the dynamism of core characters like Walter White and Jesse Pinkman? Will viewers tire of a poorly planned prequel?

Be sure to get your “Breaking Bad” high by tuning in to AMC on Sundays 9/8C.