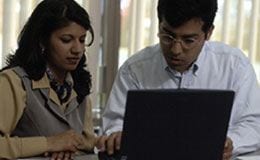 A recent Cornell University study shows that as a husband’s work hours increase, so do the odds of the wife quitting her job

Despite the eroding of the corporate glass ceiling and an increasing re-emergence of feminism on campuses, traditional gender roles in marriage have changed very little.

As a study conducted by Cornell University reports, men are still considered to be the primary breadwinners in a marriage, even in dual-earner marriages where both partners contribute to the household income.

The study, conducted by Cornell University sociology doctoral candidate Youngjoo Cha, found that for professional women whose husbands work 60 or more hours a week, the odds of quitting her own job increase by an astounding 51 percent. The odds are increased even further for professional mothers by a mind-boggling 112 percent. The study also found that, for professional husbands and fathers whose wives work the same amount of hours per week, the effects on their careers or jobs werenegligible.

To me, a member of Generation Y whose opportunities have, for the most part, always been equal to those of my male friends and colleagues, the results of this study are shocking. There’s never been a time in my life where I thought I would simply become a stay at home wife or mother just because of the hours my future husband may or may not work.

There has also never been a time where I thought I would only be employed if my future husband’s job proved to be less than we would need to pay the bills.

My career path and dreams have been determined solely by what I want to accomplish. That has largely been the case with my female friends and former classmates.

I come from a fairly traditional family structure: when I was born my mother became a stay-at-home mom and remained one until my siblings and myself were well into elementary school.

Sure, my father has been the main breadwinner in the family, but my parents have had a dual-earner relationship for most of their marriage. And there has never been a time where my mother considered quitting her job because of the amount of hours my father was working.

It’s as if at one point in our society it became an undisputed truth that career women are lonely and single, an idea the website Feministing examines here and here.

Perhaps the statistics will change as my generation gets older and more of us get married, have children and establish our careers. Maybe then the idea of a dual-earning marriage will continue to be expected or, perhaps, the norm for society and the chances of professional women quitting their jobs will decrease.