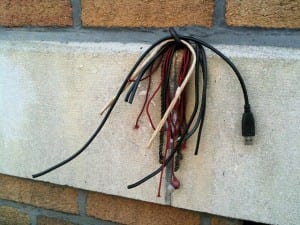 We all know that college is expensive. Along with tuition, you must factor in the unavoidable costs of housing, food, books, and other necessities. However, when you really sit down, and analyze your monthly expenses, there is one glaring (and unnecessary) payment: the cable bill. That’s at least $86 out of your pocket every month. The good news is that most of your favorite shows live outside of your cable box at a fraction of the cost, and you can find them quickly, legally and enjoy them in full HD so you can cut the cable TV cord.

Chances are you already subscribe to a streaming service like Netflix or Hulu Plus. If so, then you’re already one step closer to becoming a cord-cutter! It’s tough to stick to a programming schedule because of classes, coed soccer, and fraternity meetings so streaming services are a great way to access shows on your own time. Go ahead, binge-watch Breaking Bad on Sunday- I won’t judge you.

Netflix is arguably the king of streaming services with more than  48 million subscribers. Its catalog of content features a myriad of TV shows, movies, and kid-friendly flicks with more being added each month.

Amazon Prime Instant Video is similar to Netflix but without the original, cable-worthy content. However, HBO rocked the streaming world after inking a deal with Amazon that offered licensing rights to shows like ‘The Sopranos,’ Six Feet Under,’ and older seasons of ‘True Blood.’

These streaming services all require at least one piece of hardware, such as:

Apple TV: This set-top box allows you to access services like Netflix with a simple, clean interface. It also has the advantage of cataloging videos and music you’ve bought through iTunes.

Roku: This small box connects to your TV and wireless computer allowing you to watch Hulu, Netflix and other free or paid options.

Chromecast: One of the newest hardware players on the market, Chromecast is a streaming dongle that allows you to throw what you’re watching on your computer to your television in HD.

Believe me, over-the-air antennas are cool again, and they’ve made a huge resurgence during the cutting the cable cord movement. A typical antenna can pull in anywhere from 15 to 50 channels, for free.

Modern antennas are developed to match the flat-screen TV look with a razor-thin design that can be placed on a window, wall, or even laid out on your desk. The barely-there size makes it perfect for a small apartment or dorm.

Grant Whipple is the Consumer Electronics Product Manager for  Winegard with nearly 10 years of product and market development experience for over-the-air, satellite, and wireless broadband antennas. His commitment to advancing antenna technology by providing design and logistics solutions coupled with his personal mission to inform and educate the public on evolving TV trends and laws has uniquely positioned Grant at the forefront of the industry.

Grant has played an integral role in Winegard’s growth by successfully contributing to the design and roll-out of more than 20 new antennas, amplifiers, and power supplies. Some notable achievements include pioneering one of the first ultra-thin antenna designs in 2008, as well as introducing the lowest noise, commercially available amplifier, and the first compact ultra-thin antenna with a U.S. patented true VHF/UHF design in 2013.

Additionally, Grant worked to expand Winegard’s distribution channels to include mass retailers such as Amazon, Home Depot, and Costco. Revenues have increased five-fold during his time with the company.

Grant has collaborated with the FCC, NAB, MSTV, and CEA to inform and educate the public on the TV and antenna industry. For example, he served as a panel expert regarding the 2009 Digital Transition at an event hosted by the NAB.

Looking ahead, Grant’s mission is to continue to develop Winegard in the consumer market, and to showcase its efforts as an enterprise solutions company as well. He’s currently focusing on VSAT and wireless broadband solutions.