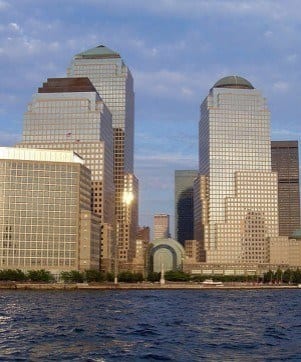 The World Financial Center in lower Manhattan was evacuated earlier today, and reports say that a toy grenade was to blame.

The police bomb squad was called to 2 World Financial Center, near ground zero. A security guard had reported a package that seemed suspicious, and the property managers, Brookfield Properties, ordered an evacuation as a precaution.

A criminal investigation will not take place, because police say there was no threat. Again, it was a toy.

The bomb squad determined the package was a fake explosive that looked like a WWII style pineapple grenade mounted on a plaque that said, “Complaint department: Pull pin.”

The World Financial Center is near the site of the former World Trade Center where the September 11 attacks killed nearly 3,000 people, and a 1993 bombing killed six and injured 1,000. Safety threats are taken very seriously in this neighborhood, and employees obliged the evacuation.