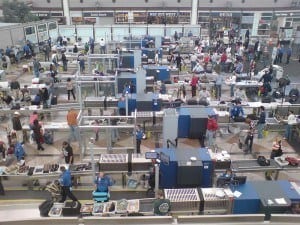 Dad posts video more than two years after incident, but the memory is still fresh

A wheel-chair bound toddler was screened by TSA in spring of 2010, and now video of the incident has gone viral.

Matt DuBiel, the father of the child, videotaped the incident in the spring of 2010, but he posted the video recently after rediscovering it. Matt DuBiel said he became enraged again while reviewing the tape of the TSA screening his wheel-chair bound child.

The TSA has stressed that the episode happened before the agency changed its guidelines for child screenings, stating, “The new modified screening measures have greatly reduced, though not eliminated, pat-downs of children. While recognizing that terrorists are willing to manipulate societal norms to evade detection, our officers continue to work with parents to ensure a respectful screening process for the entire family at the checkpoint.”

The wheelchair-bound toddler screening by the TSA has sparked an onslaught of criticism towards the TSA. It’s just one of the incidents in the past couple of years that have caused similar outrage by travelers. In May 2011, TSA agents patted down a baby at the Kansas City airport because the stroller the baby was in alarmed during explosives screenings. Just this month, a six-year-old in New Orleans was patted down.

“Apparently, there’s lots of children in wheelchairs being used to bring down airplanes. It’s a brilliant plan when you think about it. PRETEND you are going to Disney, with 3 children, 2 parents, and 2 grandparents… when REALLY you smuggle C4 inside your toddler’s cast and wheelchair,” Matt DuBiel posted in a note on the video.

The video of the wheelchair-bound toddler screening has received more than 1.5 million views in the past month. Check it out below.