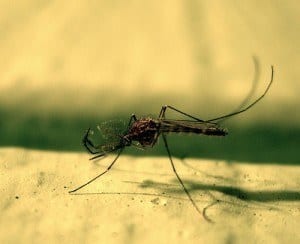 The West Nile virus outbreak is the largest in U.S. history since it was first reported in the country in 1999. The U.S. Centers for Disease Control and Prevention announced that as of Aug. 21 there have been a total of 1,118 cases, with 41 deaths. Thirty-eight states have been affected with 75 percent of cases reported in Texas, Mississippi, Louisiana, South Dakota and Oklahoma, according to CNN. Even more cases are expected as the month goes on.

“The peak of the West Nile virus epidemics usually occurs in mid-August, but it takes a couple of weeks for people to get sick, go to the doctor and get reported,” Dr. Lyle Peterson, the director of the CDC’s Vector-Bourne Infectious Disease Division, told CNN. “Thus we expect many more cases to occur.”

What’s more is officials say about 80 percent of people with West Nile virus are not aware they have it because a majority of infected people never develop symptoms. This makes it particularly difficult to get accurate numbers of West Nile virus cases. According to the CDC, 20 percent of infected people exhibit West Nile virus symptoms such as fever, headache, body aches, fatigue and possibly rashes. The more dangerous West Nile cases, West Nile encephalitis, meningitis or poliomyelitis, have stronger symptoms, including disorientation, coma, tremors and paralysis. But only about 1 in 150 people who contract the West Nile virus will have the more severe case. Symptoms usually come about between 3 and 14 days after someone is bitten by an infected mosquito.

The reason for this season’s unusually ramped West Nile virus is unknown, though it is speculated that the spreading disease is a result of this summer’s warm weather.

The CDC has issued a few tips in preventing the spread of West Nile virus, mainly draining pools of dirty, stagnant water, staying indoors during dawn and dusk, securing windows and doors so mosquitoes don’t get indoors and protecting yourself outdoors with long sleeves, long pants and bug repellent.