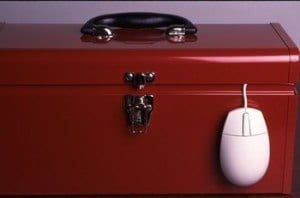 This blackout protest was originally suggested by Reddit, which also plans to black out for 12 hours on January 18th.  The Cheezburger Network and the news blog Boing Boing have also joined the ranks of the protest.

The bills this protest aims to influence are H.R. 3261, the Stop Online Piracy Act (SOPA), and S. 968, the PROTECT IP Act (PIPA).  These bills are vying for the right to “punish primarily foreign-based websites found to violate U.S. copyrights.”

Popular sites including Google, eBay, Mozilla, Twitter, Facebook and Aol, have publicly opposed the bills.  Craigslist has recently come out opposing the bills, but it is not known if they will participate in the protest.