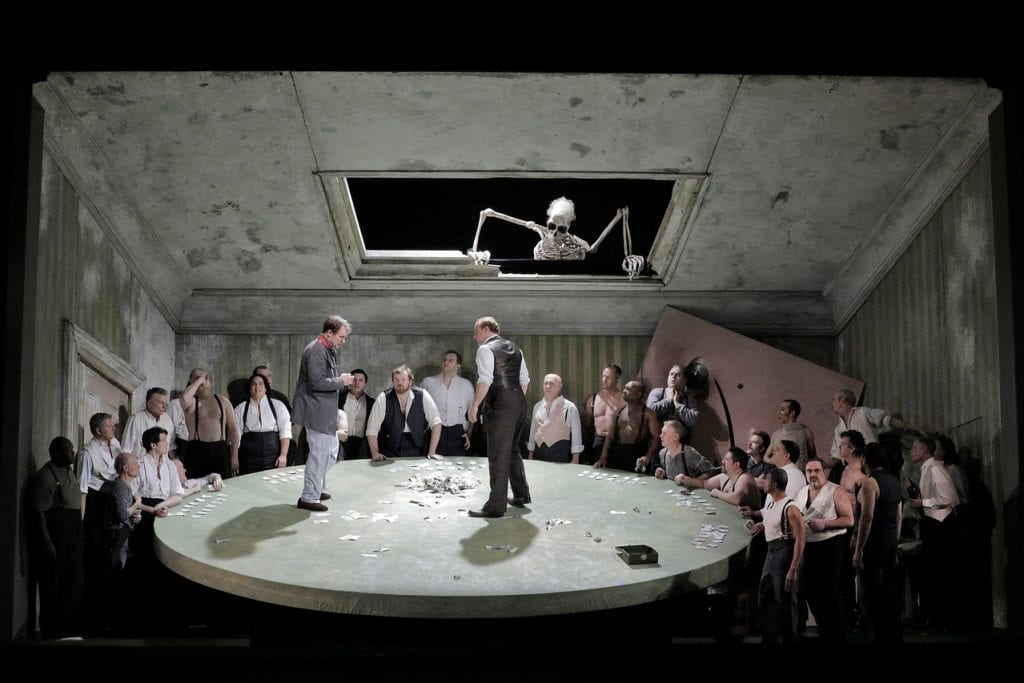 As a black woman in America with an eclectic taste in a wide variety of art spaces, it is quite often that I find myself in white dominated spaces, such as Lyric Opera. The opera space is definitely one of these white-dominated spaces. I often go into spaces like these with a sense of hesitation because I often wonder if the particular night I am attending something in a white space will be the particular night that I will experience a moment that reminds me of my race. On February 15 at the opening night of Tchaikovsky’s The Queen of Spades, this was one of those nights.

Being black at the Opera

After acquiring my press tickets I moved my way to the main floor towards the front of the stage, as this is the area I am usually seated when doing press coverage at Lyric Opera and that evening was no different. Upon showing the usher my ticket he stares at them for a while and stares back at my lovely date, who is also African American, and myself. “Hmmm something is not right,” he exclaimed. “How did you get these tickets?”

My date and I look at each other as we immediately recognize that we are about to enter what most black people know as a “white-space” debacle.

“These tickets are for our sponsors I’m not sure what happened here are some emergency tickets please there. They are only a coupe rows back, so you will still have very good seats.”

We cautiously took the emergency seats, but although we both knew why the usher assumed why we couldn’t possibly be sponsors, we decided to continue to enjoy my night so I could take in and review The Queen of Spades at Lyric Opera.

“You should be on the third floor”

After the first act we went to stretch our legs and discuss the minimal positive aspects of Richard Jones’ vision of The Queen of Spades. From the gorgeous arias and beautiful opening intro to the first act, there was a lot to sonically take in, but so much visually. After chatting about these aspects the same usher ran over to us.

“Hey, sorry about the mix up. I just wanted you to know that you should be on the third floor, but I gave you really good seats, enjoy the show!”

After reviewing multiple operas on opening nights at Lyric Opera there was never one time that I had to sit anywhere other than the main floor in the first few rows. Being felt that you aren’t good enough to be in a certain space or in more of the expensive seats is not a good feeling and made me want to leave the production early. Unfortunately, this isn’t an uncommon thing for black people in white spaces.

Artist Solange Knowles delved into the idea of black people in white spaces when she was treated negatively at a Kraftwerk (one of my favorite electronic artists of all time) concert. There were very few black people in the audience, as the multi-media German electronic band does not attract that many black fans. In a series of tweets she explained exactly what it was like to be in these spaces.

“You don’t feel that most of the people in these incidents do not like black people, but simply are a product of their own white supremacy and are exercising it with you without caution, care, or thought,” she explained. “Many times the tone just simply says, ‘I do not feel you belong here.’”

This incident seemed to set the tone for the rest of the night, as The Queen of Spades was a ridiculous caricature of Tchaikovsky’s ominous thriller. Boring staging accompanied with questionable artistic choices and tweaks to the opera made it a confusing and inappropriate throughout the near four-hour three-act adaptation.

The story tells of a obsessive and creepy outcast, Gherman who falls in love with a mysterious woman. Played by tenor, Brandon Jovanovich, he did well in expressing the anguish and heart-wrenching obsession he developed over his crush. Lisa played by soprano Sondra Radvanovsky is the granddaughter of a woman known as the Countess who acquired mysterious wealth by knowing the secret of “three cards.” Gherman’s obsession quickly changes from Lisa to knowing the gambling secret.

Director Richard Jones went from minimal staging to staging with random and cheesy props. In the third act, he really confused the audience by replacing what normally is the ghost of the evil Countess to a Party City-esque singing skeleton that was making sexual moves on Gherman.

Although I love being a wide variety of spaces, it gets exhausting to be treated like an outsider when art is where outsiders are supposed to be able to meet and feel comfortable. My suggestion for Lyric Opera would be to focus on bringing diversity into the space and allowing us to feel welcome as well.

To see Queen of Spades for yourself you have until March 1 when the show will stop running, but you can find tickets here.